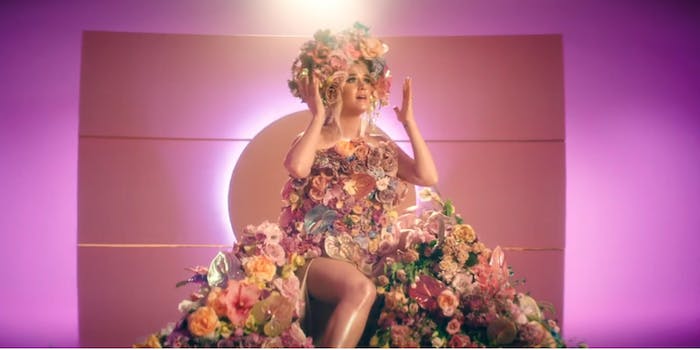 Perry said she's happy she doesn't 'have to suck it in anymore.'

The “secret” is out: Katy Perry is pregnant.

After a tweet on Wednesday, in which the singer teased a new video for “Never Worn White,” fans noticed she looked a little different in the teaser clip and wondered if she was really announcing something else. They didn’t have to wait long for an answer: Perry is expecting, and also embraces some Midsommar vibes in the video.

After the video debuted, Perry tweeted, “omg so glad I don’t have to suck it in anymore.” On Instagram, she said her due date is this summer, and capped a shot of her belly with a sustained scream.

Does “Never Worn White” mean Perry and longtime partner Orlando Bloom are finally getting married? Page Six claims they set a date for June in Japan, though that might be up in the air due to coronavirus.