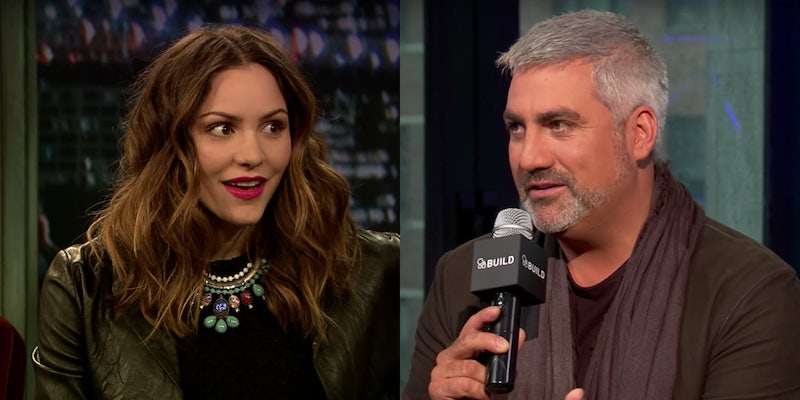 In the shadiest way possible, singer and actress Katharine McPhee is doing her part to make sure people register to vote.

McPhee on Tuesday tweeted a photo of herself and American Idol season 5 winner Taylor Hicks. Hicks is pictured with his arm raised in a victorious pose, and McPhee looks happy for him. But she ended up losing that season to Hicks, which would be frustrating for anyone.

Even though Hicks emerged victorious, many on Twitter—including McPhee herself—seem to agree that she deserved the win.

Honestly, if this burn doesn’t move you to get off your butt, get registered, and vote in the midterms, then maybe nothing will. Have you seen the world we’re living in today? It’s not pretty. You want to do something about it, right?

It is 2018 and Taylor Hicks just snatched my wig. pic.twitter.com/b8sHFZW0ZR

This isn’t the first time McPhee has posted a witty caption. She’s a hilarious and approachable Twitter personality, and her followers are probably used to these kind of playful—yet shady—posts. Still, this was a particularly excellent burn.

Its not shade if its a fact. pic.twitter.com/eSNLRg1kOx

Hicks hasn’t released an album since 2009. Meanwhile, McPhee’s been spreading her wings as an actress and burning up shows and movies left and right, plus starring in the Broadway musical Waitress, which just wrapped earlier this month. She’s making waves, while we’re not hearing much from Hicks.

The lesson here is that votes do matter, whether they’re for American Idol contestants or elected officials.

If you missed your chance to vote for McPhee, it’s not too late to make up for it in the midterm officials. Get out there and get registered!