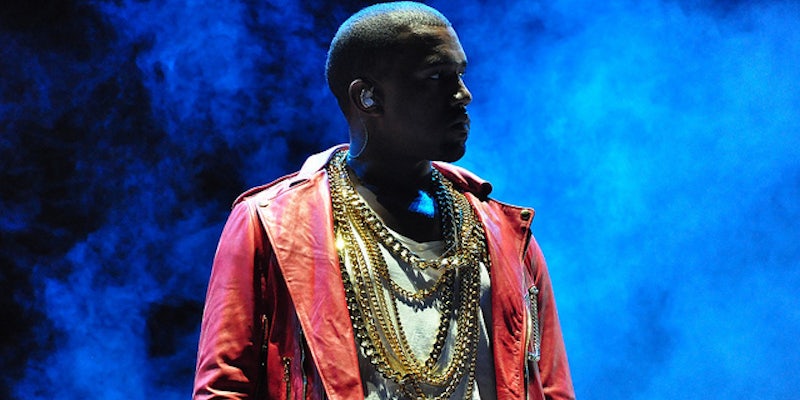 Late Wednesday night the acclaimed rapper went on a Twitter bender that covered everything from his childhood to his recent Grammy nominations and the launch of his new fashion company, Donda, with the sort of crazed authority and hyperoddity that’s made him one of the most-followed artists on the microblogging site.

Of course, West is no stranger to Internet stunts. His ALL CAPS blog entries and G.O.O.D. Friday downloads have filled the RSS feeds for indie music websites for years. But his tweet overflow was epic even by the absurd standards of his 2010 opus, My Beautiful Dark Twisted Fantasy.

The dude practically trended just based on sheer output, posting 86 tweets in less than two hours. In the process, he racked up nearly 6,000 mentions on the site, according to statistics from Topsy, a social media search engine.

It’s so much to take in that the Daily Dot compiled this helpful guide in Storify.