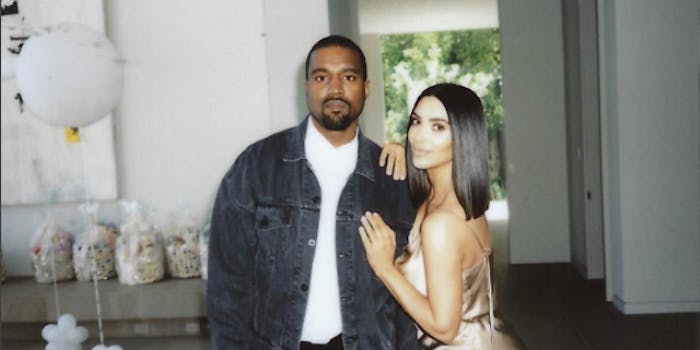 Saint and North, get ready for a new sibling.

Kanye West and Kim Kardashian West want to welcome another child to the family—and this time, they’re exploring safer methods for doing so.

The star-studded couple has hired a surrogate to carry Kardashian’s third baby, People reports. They apparently plan to pay the surrogate mother $45,000 over the course of 10 months. In the case of multiple children, they would pay $5,000 per month per child.

Kardashian previously voiced her desire to have more children on Keeping Up with the Kardashians, where she said, “I’d just love nothing more than to expand my family and just know that I have this world at home that’s safe.” She also expressed interest in surrogacy, as she has a condition called placenta accreta that causes the placenta to attach to the womb, making childbirth painful and potentially life-threatening.

When Ellen DeGeneres asked West if he wanted more kids in May 2016, he responded more tepidly, saying, “Let’s see what happens.” Guess he’s warmed up to the idea.