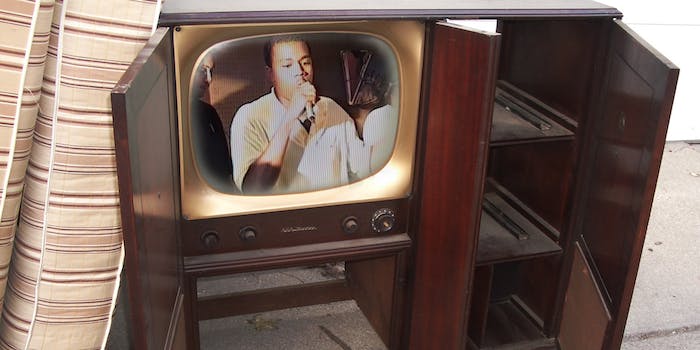 The Internet time machine strikes again! This time it’s produced a clip of a 19-year-old Kanye West freestyling at a NYC record store in August 1996.

The footage is from Fat Beats, a now-shuttered record store that functioned as a think tank and testing ground for the ’90s hip-hop scene in New York City. DJ Eclipse posted the clip, which is apparently from opening day of the store’s new location, and he writes that there were quite a few notable names in the store that day: Xzibit, Rob Swift, DJ Spinna.

“But what took me by surprise was the appearance of this 19-year-old kid who at that time nobody knew. Now I’ve had this person as a guest on my radio show years later, but it’s pretty crazy to see this footage in ’96 and think, ‘Damn, this dude was in my house then?’ and not even know. More to come. …”

Kanye’s always been one to keep his references fresh. During his short freestyle, he name-drops Alanis Morissette. It’s a reminder that it’s 1996, but also infers that he’s rapping from the future. Could he foresee his Auto-Tune rant?

Screengrab via itdjeclipse/YouTube and digitalsextant/Flickr (CC By SA 2.0) | Remix by fern