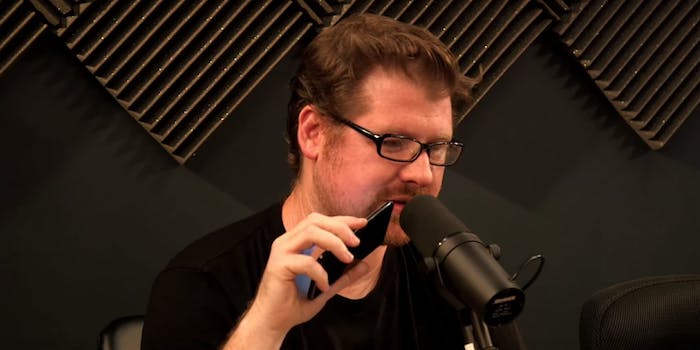 Rick and Morty‘s Justin Roiland gave Joel Osteen’s prayer line a call, and it was a real white-knuckle ride.

While a guest on the H3 Podcast, Roiland called Osteen’s Houston megachurch—the one that failed to provide shelter to those displaced by Hurricane Harvey, until Osteen was shamed into doing so—because he had a “prayer I need to get off my chest.”

He was in character as Rick Sanchez, which made it even better of course, though the woman on the other end of the call apparently did not recognize him. After telling him to “call back tomorrow,” the woman starts speaking in… tongues? Klingon? Baby talk?

Hopefully we’ll see Mr. Osteen on an episode of Rick and Morty soon. The podcast doubled as a benefit for Hurricane Harvey relief.