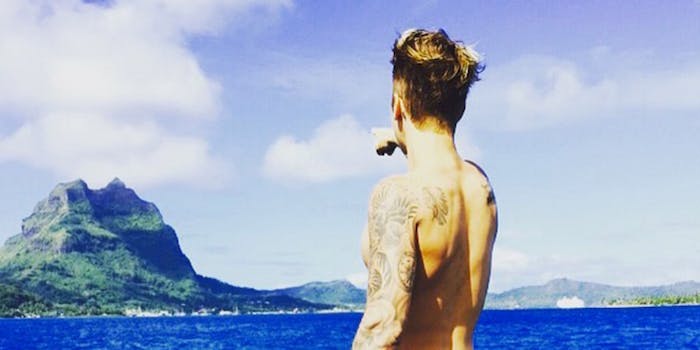 Last night, Justin Bieber posted a photo of his butt to Instagram, and the Internet had a collective Scanners moment.

Interestingly, while a handful of female celebs continue seeing their boob and butt shots deleted on Instagram, Bieber’s photo is still up this morning, further illustrating Instagram’s double standard on nudity. The Internet wasted no time deconstructing it.

And then #FreeTheButtcheek became a thing, as well as a pleas for Bieber to TURN AROUND.

like i get that he's working on some type of comeback moment, but as long as he keeps giving gifts to the gays i guess i'mma have to support

But what’s Bieber really pointing at in the photo? We may never know for sure. 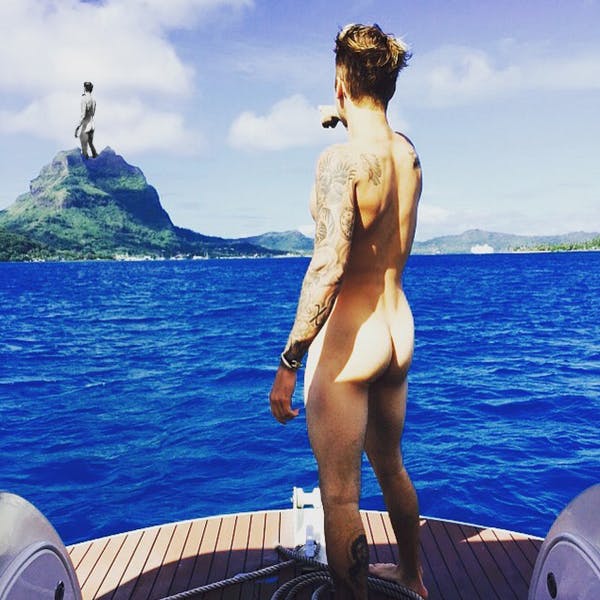 Or, if you’d prefer a safe-for-work take: 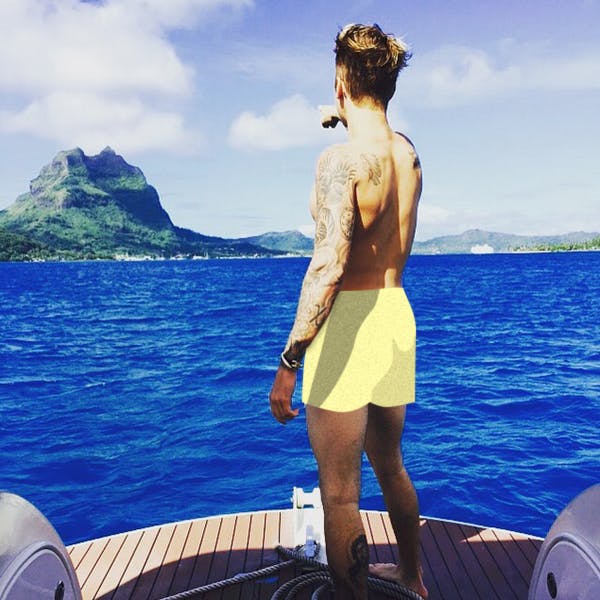 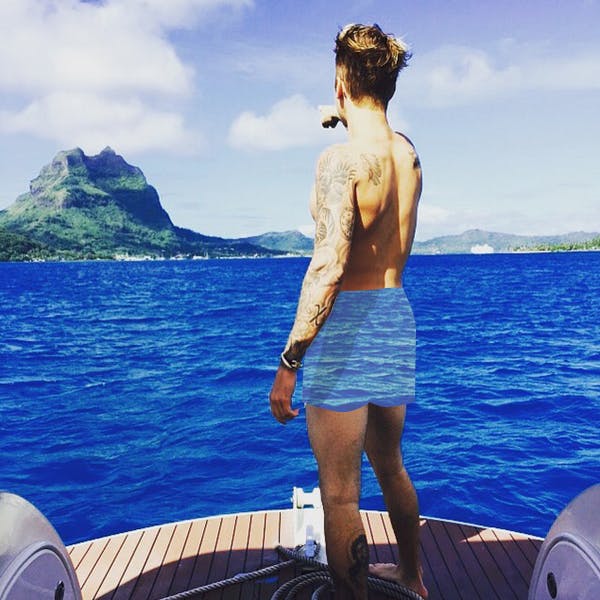 Update 12:01pm CT, July 8: A representative from Instagram had no specific comment on the Bieber photo, instead pointing back to the community guidelines on nudity (emphasis added):

We know that there are times when people might want to share nude images that are artistic or creative in nature, but for a variety of reasons, we don’t allow nudity on Instagram. This includes photos, videos, and some digitally-created content that show sexual intercourse, genitals, and close-ups of fully-nude buttocks. It also includes some photos of female nipples, but photos of post-mastectomy scarring and women actively breastfeeding are allowed. Nudity in photos of paintings and sculptures is OK, too.