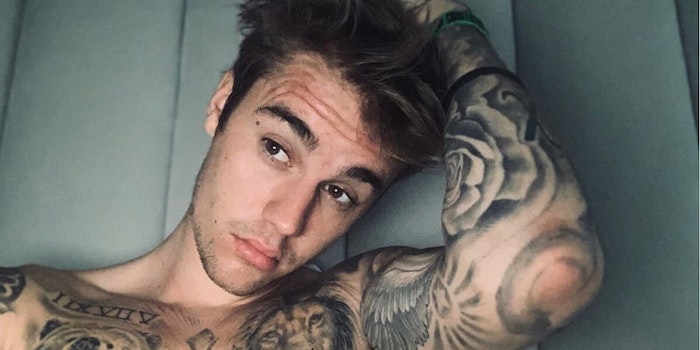 Justin Bieber opens up about past drug abuse on Instagram

Bieber is trying to put his past behind him.

In a post shared to Instagram on Monday, Justin Bieber opened up about his struggles with early fame and drug abuse.

The emotional post quickly gained responses from many of the 25-year-old musician’s 118 million followers and friends. In the lengthy text, Bieber outlined his rise to fame, subsequent drug abuse, and numerous “terrible decisions.” He noted the situation many young stars find themselves in and offered solidarity to anyone grappling with similar issues.

Bieber began by outlining his young rise to fame and explaining the common cost of fame in young people. “Have u noticed the statistics of child stars and the outcome of their life,” he asked in the post. “There is an insane pressure and responsibility put on a child who’s (sic) brain, emotions, frontal lobes (decision making) aren’t developed yet.”

Bieber described his shift from “13 year old boy from a small town” to one of the most popular musicians in the world. He wrote that humility comes with age, and admitted that he lacked it in his youth. “You hear these things enough as a young boy and you actually start believing it,” he said. “By this point I was 18 with no skills in the real world, with millions of dollars and access to whatever I wanted. This is a very scary concept for anyone.”

After noting he’s “made every bad decision you could have thought of,” Bieber launched into his struggles with drug abuse. “I started doing pretty heavy drugs at 19 and abused all of my relationships,” he said. Ultimately, he pointed to “extraordinary people who love me for me” as the force behind his eventual recovery. While his history is clearly still a big part of him, it appears that Bieber’s troubled past is behind him.

“Now I am navigating the best season of my life ‘MARRIAGE,'” he wrote. “You learn patience, trust, commitment, kindness, humility and all the things it looks like to be a good man.”

The post was quickly flooded with encouraging messages from Bieber’s many fans and followers. In the hours since its posting, the message has received more than 2 million likes. Though most people gathered to show their support for the young musician, others noted problematic moments from his past. An Instagram post from early May, in which Bieber voiced his support for Chris Brown, served as a shadow over Bieber’s heartfelt post. In the Brown post, Bieber said “the people who have over looked this mans talent … you need to reevaluate!”

everyone wants to wait til people die To give them the credit they deserve. I’m calling it now when CB passes away after a long full life, you will miss what you had in front of you the whole time … trust me watch you will see. the people who have over looked this mans talent … you need to reevaluate! Love you @chrisbrownofficial

Brown was charged with a felony assault in 2009 after an argument with his then-girlfriend Rhianna turned violent. Brown apologized to Rhianna and his fans and has served the sentence laid out for him in court. In the years since the felony charge, more women have come forward to allege abuse at the singer’s hands, according to Rolling Stone.

Bieber has yet to backtrack on his public support for Brown.