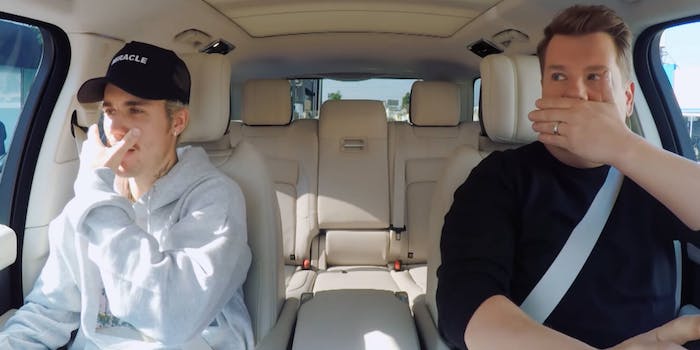 Bieber appeared on Carpool Karaoke last night, a segment that was filmed in late January and revealed to the world that James Corden isn’t actually driving the Carpool car. But Bieber did attempt to teach Corden some new choreography for the “Yummy” dance.

Corden also asked Bieber about challenging Tom Cruise “to a fight in the octagon” last year, which he says was just him being “stupid,” but that the fight might actually be “funny” and that he would just fall back on his “mind control.”

“My mind control is another specimen,” he said. “I’m different. I’m the Conor McGregor of entertainment.” Bieber also discussed being married and his fondness for Friends, before singing “Smelly Cat.”