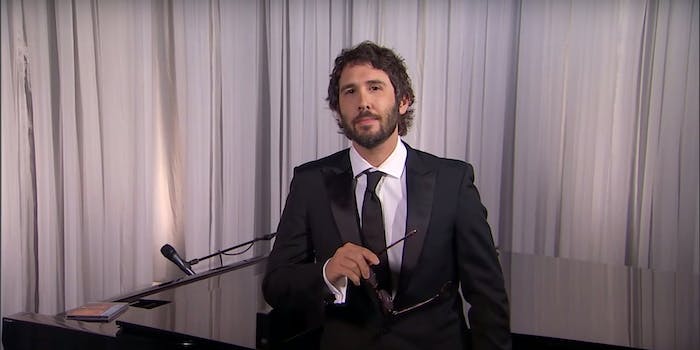 The one thing we never knew we needed.

Josh Groban once graced us with an album of Kanye West tweets for Jimmy Kimmel, and now he’s doing the same thing for someone else who’s just as hated.