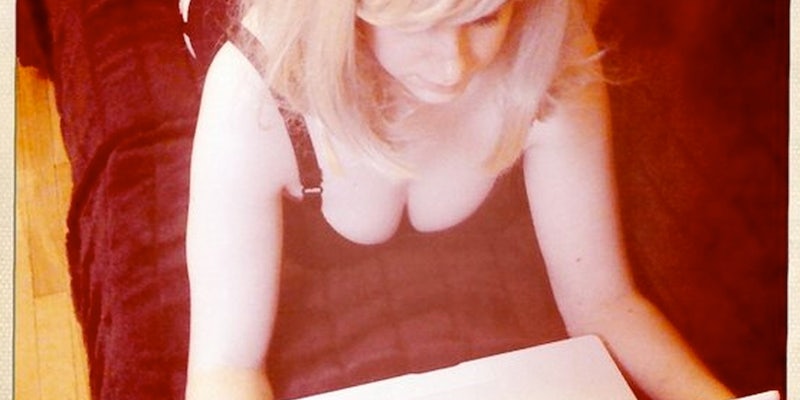 From hosting #TittyTuesday to linking NSFW videos, Jordan is the hardest working woman in porn—at least on Twitter.

Daily Dot: How did you get the job?

“A typical day in the life never really ends. I usually spend my mornings seeing what’s new on Pornhub; when I see something that I find particularly interesting I’ll tweet it. I spend a lot of time on the Internet, and I love reading smut blogs as well. Peeperz usually has a lot of interesting stuff that I like to share with my followers. One of my favorite things to do however is to interact with followers, get their opinions on things or just hear what they have to say cause some of their replies are hilarious and crack me up, and sometimes give me ideas.”

DD: How do you decide what to tweet? Do you have guidelines?

“I like to invent hashtags and themes that my followers can interact with, for instance #TittyTuesday. I find working within a theme allows me to streamline my thoughts and have a clearer day-to-day plan. Hashtags are a lot of fun too, since it’s seeing something I wrote/invented being used by everyone.”

DD: What kind of people interact or retweet you?

“[The] response really depends on the tweet I’m sending. I’ve noticed that men are more likely to retweet/share the video links I choose, but women are just as quick as men when it comes to reacting to something I say. Traditionally speaking, people would assume that men would be more interactive; however, being a woman with this position I think has really opened up the lines of communication to where it’s not as taboo for a woman to want to share what I have to say.”