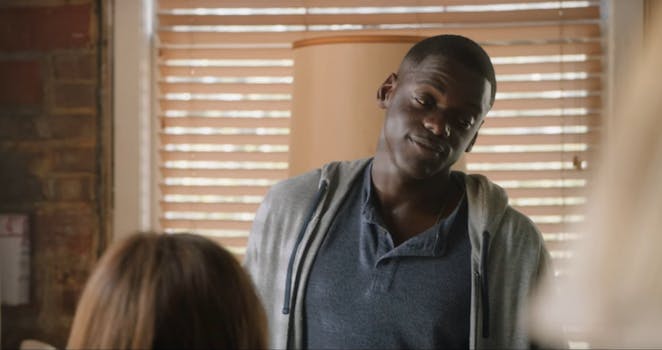 Jordan Peele’s ‘Get Out’ has some serious filmmaking flaws

‘Get Out’ is an acclaimed and refreshing hit, but it can’t escape horror cliches.

Warning: This article contains spoilers for Get Out.

Jordan Peele’s Get Out is the No. 1 movie in America amid near-universal critical praise. It’s a genre-defying horror vehicle that arrives with fresh perspectives. But while audiences are loving it, and the movie’s racial dynamics make for compelling cultural discussions, the project can’t outrun the plot cliches.

To be clear: The Peele of Key & Peele has written and directed a strong debut feature film. The acting is good, and the firecracker script has some excellent ideas. But Get Out has fundamental holes, which mostly occur during the second half of the film.

The film succeeds at building tension and suspense. That’s partially because its protagonist, Chris (Daniel Kaluuya), smartly seems to acknowledge lot of the film’s early warning signs. But once the film actually delves into the horror aspects, the narrative rushes to a climax while removing any nuance or complexity from its antagonistic characters–skipping pivotal questions established earlier in the story.

The film’s plot finds Chris, a talented photographer, packing for a weekend excursion with his girlfriend Rose (Allison Williams). He bluntly asks Rose: “Do they know I’m black?” Rose dismissively laughs, reassuring Chris that it’s a non-issue. After all, Rose’s father would have voted for Obama a third time if he could.

For the first hour of Get Out, Peele skillfully introduces us to the main characters amid uneasy racial tension. What the film gets so right is not the blatant racism that happens far too often in most circles, but the underlying racism that often gets ignored or dismissed completely. By taking cues from other similar, satirical horror films such as The Stepford Wives and Rosemary’s Baby, Peele wisely focuses on a particular form of social anxiety among a certain group of the white upper class. Some of the film’s best moments occur not when someone is wielding a deadly weapon, but when characters casually sit at a dinner table getting to know one another.

That scene, about halfway in, is where we are properly introduced to Rose’s younger brother, Jeremy. This is where the film’s larger plot starts to come into focus, where Jeremy talks about Chris’ genetics in nonchalantly terrifying terms. The tension in the room is palpable, and not a single drop of blood is shed: It’s clear Jeremy is envious of Chris, but the scene is handled with restraint you don’t normally see in horror films.

Peele then blatantly throws us hints at what’s to come, in the form of Armitage family servants Georgina (Betty Gabriel) and Walter (Marcus Henderson). There’s one beat in particular that didn’t set right with me: When the Armitages finally reveal themselves to be homicidal maniacs, the big twist is that Rose was in on it the whole time. I called it within the first 30 minutes, and anyone who regularly enjoys scary movies surely did too. (The twist recalls Wes Craven’s Scream, where the heroine’s boyfriend was eventually outed as the killer.)

As the film barrels forward, any complexity of the situation–any tension between the characters, social or otherwise–is lost. The film embraces its horror trappings head-on, giving us a climax that’s straightforward and unfortunately the weakest aspect of the film.

The film misses an opportunity not only to add depth to its characters, but also circumvent stereotypes and genre conventions.

When we find out about Rose’s reveal, she becomes a one-dimensional character. Before the reveal, she’s shown to be loving, understanding, and someone who will stand up for Chris–even against a racist police officer. Since the film deals with generational racism, it would’ve been an interesting and natural evolution of that theme for Rose to struggle against her parents’ racist control. Why does racism have to be hereditary?

Then there’s the family picnic that occurs roughly three-quarters in. Rose introduces Chris to her other racist family members and neighbors. Every person there is either weird, questionable, or downright spooky. Peele needed to provide motivation for Chris to stay. Instead Chris gets even more suspicious when he uses a camera flash on a black partygoer who momentarily snaps out of his daze to deliver Chris a chilling warning, also the film’s title, “get out.”

Racism in horror is nothing new. For decades black people have had to deal with being one of the first to die, becoming social cliches, or having to act as mere comical relief. In many of these films, almost every black character is treated like an inhuman composite of stereotypes. It’s refreshing to see a film where the white characters are treated as static, horror cliche or not.

The film is aware of America’s ongoing struggles between race and class, deftly nudging at a common form of racism when Chris recognizes the black party attendee. Yes, Chris just happens to recognize the only other black person there (aside from the hypnotized servants). In the film, this partygoer is dressed in a ridiculous outfit and acts suspiciously. More than anything, his erratic behavior should have been enough for Chris to get terminally suspicious. (Since, you know, they had previously met.)

Likewise, Chris doesn’t have a character arc. He starts the film as a talented photographer who owns a nice apartment and has a great girlfriend. One of those things changes by the end of the film. His past is mapped out, including painful memories of his mother, but little is learned about who he is, what he’s struggling with, and how he overcomes that.

As such I never believed that Chris was in danger, and he very easily escapes his predicament. For a film that takes its precious time to establish how eerie and creepy his environment is, that’s a failure. He even overcomes Missy in an almost effortless fashion, which is weird considering you would think as a hypnotist Missy would have some control over Chris. She’s apparently useless without her tea cup, even though the film establishes that Missy can control Chris with just her voice, as she does when he tries to attack Jeremy. Why didn’t Missy simply use a voice command to subdue Chris?

Horror movies need rules, and then need to play by them. (It Follows, another recent and acclaimed horror movie, fell into the same trap of straying from its own mythology. Quentin Tarantino was one of the first to bring attention to this.)

Certain plot threads are also introduced but later ignored. Chris has a smoking problem in the film, which Missy apparently “fixes” during their initial hypnosis scene. That aspect of Chris’ character is never touched on again. There’s no payoff.

As Save the Cat explains: “It’s analogous to the dramatic principle known as ‘Chekov’s gun,’ which basically states that every memorable element in a fictional story should be necessary and irreplaceable; if it isn’t, it should be removed.”

In the dinner scene, Jeremy introduces his intentions of wanting Chris’ abilities for himself. You can even sense tension between Jeremy and his father, Dean, who seems to also want Chris’ abilities as well. Based on that scene alone, it feels as if a huge part of the plot will then center around Jeremy and Dean fighting for Chris. Nope: Chris is sold at an auction to a completely different character.

If it seems like I’m being nitpicky with Get Out, it’s only because the film is almost great. For much of it, Peele expertly establishes the tone, characters, setting, and the stakes. With a stronger script, Get Out could have circumvented the genre cliches that it tried so hard to avoid.