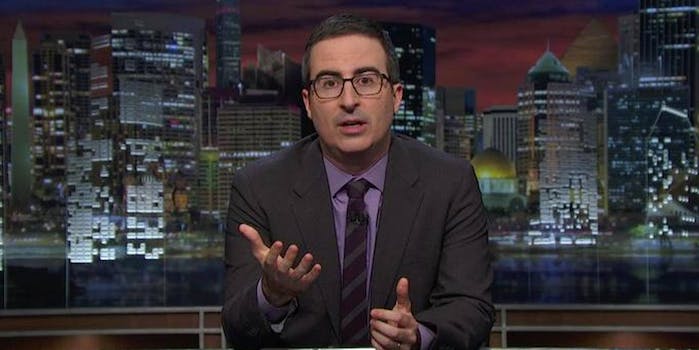 John Oliver on the Orlando shooting: ‘This just hurts’

It's a pain that's all too familiar to him.

John Oliver started off the latest episode of Last Week Tonight by paying tribute to the victims of the mass shooting at an Orlando gay nightclub early Sunday morning.

He skipped the show’s usual introduction and solemnly addressed the camera as he summed up the shooting at Pulse, which is now the deadliest mass shooting in U.S. history. Oliver emphasized that the shooting took place at a gay nightclub, which has been omitted from some statements from officials. It’s early into the investigation, Oliver noted, but “right now, this just hurts.”

Oliver ended the segment by showcasing the humanity that is still prevalent among the people of Orlando: hundreds of people waiting in line to donate blood for the dozens of people injured in the shooting who desperately need it.