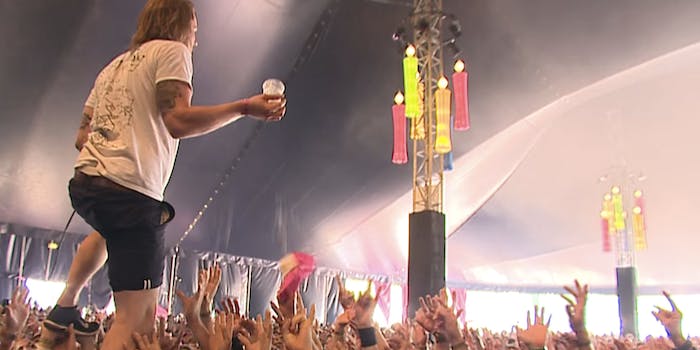 Someone get him a beer sponsorship, ASAP.

This moment could be a perfect beer commercial.

David Achter de Molen, the lead singer of the band John Coffey, was crowdwalking during a set at Holland’s Pinkpop Festival when a rowdy fan sent a cup of beer flying through the air.

Totally unfazed, Achter de Molen casually caught the cup without spilling a drop, and then drank the remaining beer.

There has of course been discussion about whether the video is real or fake, but now we have indisputable proof that the Dutch are cooler than the rest of the world.