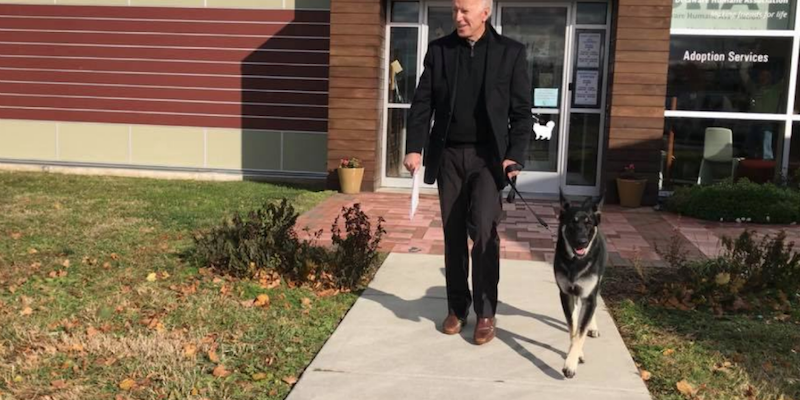 Joe and Jill Biden have announced they will be adding one more furry friend to their family.

Former Vice President Joe Biden and his wife, Dr. Jill Biden, have announced they will be adding one more to their family. The family adopted an adorable German Shepherd on Saturday from the Delaware Humane Association and named him Major.

Turns out the political family has been fostering him since he was a puppy.

A litter of six puppies was surrendered to the shelter in March; they were sick, and the owner couldn’t care for them. When Biden heard about the litter, he stepped in to foster.

“The Bidens have gotten to know Major while fostering him and are now ready to make the adoption official,” the organization announced on Facebook. “Best of luck and thank you for being one of our Friends for life!”

Today is Major’s lucky day! Not only did Major find his forever home, but he got adopted by Vice President Joe Biden &…

Turns out, all the puppies have good homes now—although maybe not as good as with a former vice president.

“We are so happy to welcome Major to the Biden family, and we are grateful to the Delaware Humane Association for their work in finding forever homes for Major and countless other animals,” the Biden family said.

Biden: Hey, can we adopt a dog?

And others think this is a sure sign that Biden will announce his candidacy for the 2020 presidential election.

he didn't tweet it because he probably has more important things to tweet but Joe Biden got a new White House dog
WHOOPs i meant uh
normal dog
;) pic.twitter.com/EgcW0B6G6H

This isn’t the first time the internet has gone nuts over Joe Biden-dog content. Biden met a golden retriever puppy named after him, and they hit it off in 2017.

Major won’t be the only furry child the in the Biden family. They already have a German Shepherd named Champ.

We hope this means lots more dog pics from Biden on Instagram.