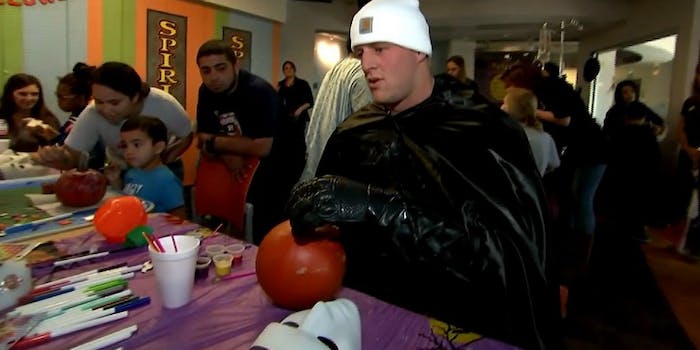 He does it the right way.

J.J. Watt is nothing if not considerate. The Houston Texans defensive tackle is already the best defender in the NFL—and certainly one of the best overall players in the league, as well. Off the field, he seems pretty great too, proposing marriage to little girls, hanging out with the less fortunate, and writing letters to try to get fans a vacation from work.

JJ Watt dressed as Batman to visit a children's hospital in Houston.Closest damn thing to the real deal you can get! pic.twitter.com/TFGrzR3T3Z

Watch the video on HoustonTexans.com, where you can see Watt as Batman playing foosball, decorating pumpkins, and giving out plenty of hugs at Texas Children’s Hospital.

Watt seems to be doing exactly that.