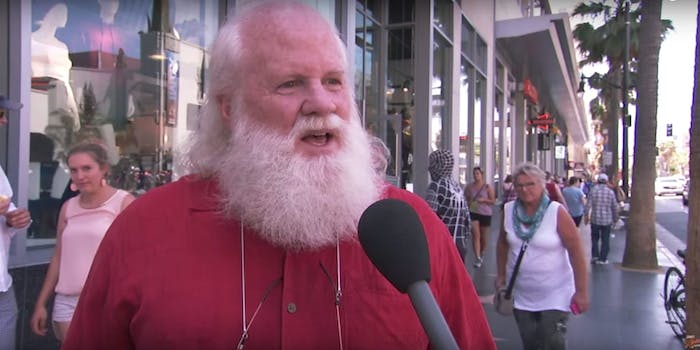 Some of their answers may surprise you.

A recent poll shows that more than half of Republicans believe that President Obama is a Muslim.

This result is pretty mind-blowing, especially when you consider the fact that the president is nearing the end of his second term. So, who are these people? Judging by popular stereotypes, you’re probably picturing someone in a Donald Trump “Make America Great Again” hat.

To see whether the stereotypes hold up, Jimmy Kimmel sent a crew out on the street to quiz random pedestrians about whether Obama is really a Muslim. Can you guess which people said yes? Some of the answers were a real surprise.