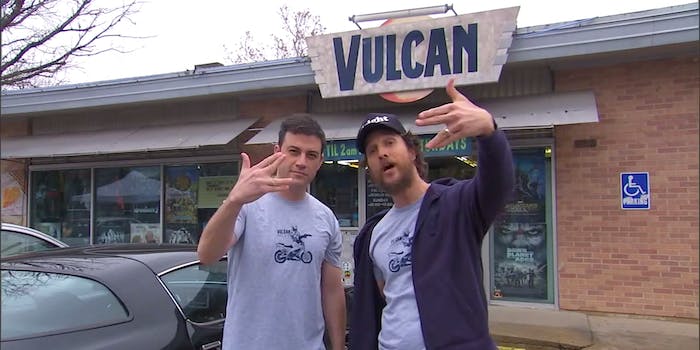 Why not give back to the local economy instead of filling Netflix's coffers?

Jimmy Kimmel is in Austin, Texas, for South by Southwest, so he decided to give back to the community by making a bunch of commercials for a business about which we’ve mostly forgotten.

It seems like just yesterday we were all visiting Blockbuster to rent movies and TV shows. Blockbuster and many of its competitors have since been crushed by online streaming services like Netflix, but one video rental store, Vulcan Video, presses on.

Vulcan Video offers Blu-ray, DVD, and even VHS rentals of popular movies and TV shows. Given its persistence, Kimmel wanted to show everyone what made the store special—other than the fact that it still existed—so he brought in some star power, in the form of local actor Matthew McConaughey.