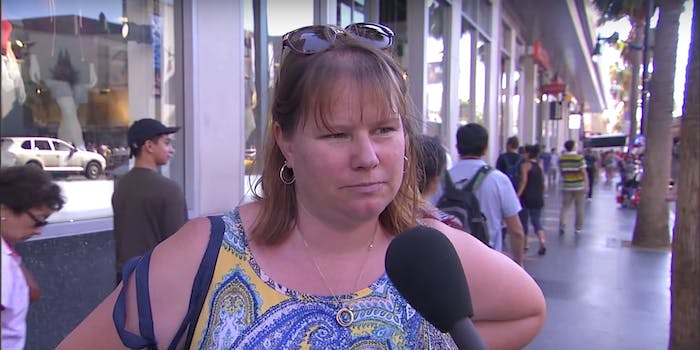 It was difficult for most people to follow, let alone answer.

People will answer pretty much anything on camera, even if they have no idea what they’re saying.

We’ve seen that time and again with Jimmy Kimmel’s Lie Witness News segment, but now Kimmel’s sending out his camera crew with a running question so long it would make most grammar nerds cringe. The question requires knowledge of the stock market crash, Donald Trump, Wiz Khalifa, anchor babies, the Iran deal, emoji, and Harry Styles.

The people who respond can barely follow half of the question, but most of them do render an opinion on some of the topics. And for once, it’s not just Trump.