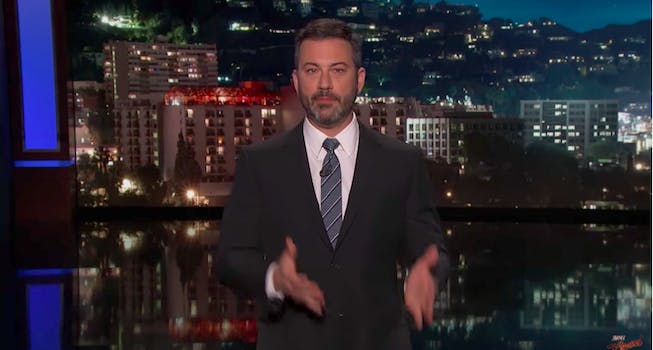 Jimmy Kimmel calls out senator for lying to him over healthcare

Jimmy Kimmel is upset at Graham-Cassidy.

Jimmy Kimmel is back to lay out the cold, hard facts of healthcare’s future to America.

In May, Kimmel delivered a heartfelt, emotional monologue about his son, who needed emergency heart surgery just after birth.

Kimmel used the scary moment in his family’s life to raise awareness of Congress’ efforts to repeal and replace the Affordable Care Act (Obamacare) and the drastic effects the bill would have had on average Americans if it passed. The bill later failed by just one vote.

After Kimmel’s words ricocheted around the internet, Sen. Bill Cassidy (R-La.) joined Kimmel and said he would not support a bill that denied coverage to any child in need. He called it the “Kimmel Test.”

Now, Cassidy is spearheading a new attempt to repeal Obamacare, along with Sen. Lindsey Graham (R-S.C.), and Kimmel has gotten a chance to look at the so-called Graham-Cassidy bill. It does not, in Kimmel’s mind, pass the promise Cassidy made to his face. And Jimmy Kimmel is not happy about being lied to by a U.S. senator.

He proposes Cassidy come on his show and see if he can pass Kimmel’s new test: a lie detector.