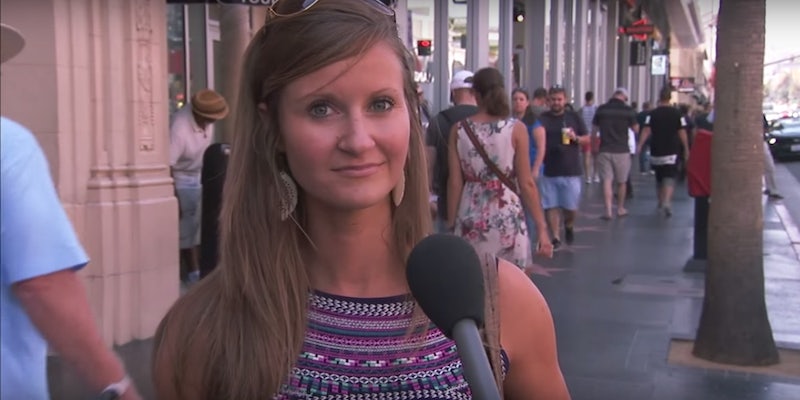 Are you prepared for the dangers of this year's extra-strong autumnal equinox?

You know what an equinox is, right? It’s one of the two days each year when daytime and nighttime last the same number of hours.

If you couldn’t explain that before now, it’s really no biggie—unless you’re one of the people Jimmy Kimmel tricked into pretending they thought the equinox is a dangerous natural phenomenon.

To celebrate the autumnal equinox on Wednesday, Kimmel sent out one of his correspondents to ask people if they were prepared for a “5.5-magnitude equinox.” Obviously, this was total nonsense, but that didn’t stop people from blithely explaining why you should dig a tunnel to escape the perils of an extra-strength equinox.

Will Kimmel ever run out of idiots willing to share their ill-informed opinions on camera? All signs point to no.