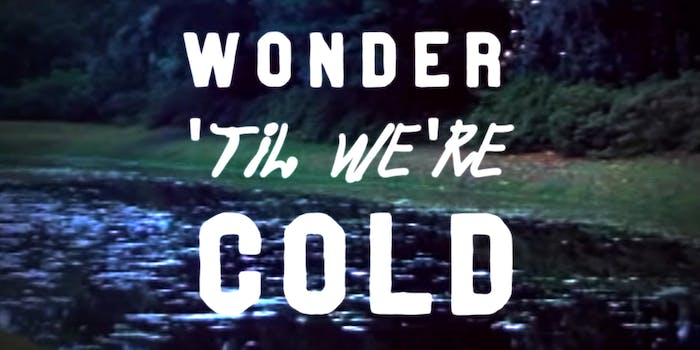 Listen to Jimmy Eat World’s new song, ‘Sure and Certain’

Jimmy Eat World is certainly on the first ballot if we’re talking about an emo hall of fame, but new song “Sure and Certain” sputters out after its cathartic opening drums.

Seriously though, those opening 20 seconds are some Clarity-era goodness, full of bar-soaked guitars…

Excited to announce our new album #IntegrityBlues will be out Oct 21! Watch lyric video for new song #SureAndCertain https://t.co/jVREIBYlVP

… But then singer Jim Adkins rhymes “old” with “cold” on the chorus and you remember that a key tenet to good emo is dense romanticism and searching lyrics. This is conjured nostalgia for anyone (the video features vintage reels and home movies of long-lost family vacations), but it’s only good for Mazda commercials about driving up and down the coast.

The good news is that “Get Right,” released nine days ago, is louder and more masculine. Think “Get It Faster” churning—those chunky riffs that all sound like “Hey Man, Nice Shot.” It’s warmly coated work that will satisfy longtime fans.

Man, is rock and roll dead or what?