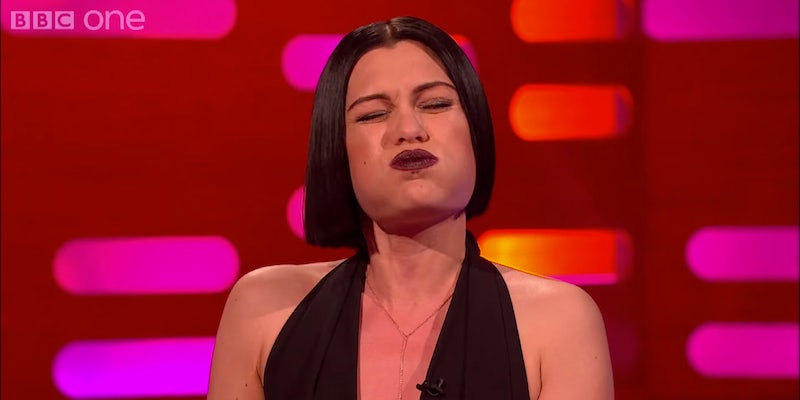 Jessie J is so talented, she can sing with her mouth closed

You've likely never heard the singer like this before.

Jessie J can most certainly sing her way out of a box—and in one too.

As a child, she used to impress people at auditions by pretending she was in a box and being able to talk coherently. It sounds like she’s trapped in a bubble or a balloon, but you can still understand what she’s saying. Now that she’s older, Jessie J has expanded her talent and can actually sing with her mouth closed, which she gladly demonstrated on a recent episode of The Graham Norton Show.

While Jessie J probably won’t show off this trick at a concert, she could probably bring it out as a guest vocal on her next song.