How can someone who is basically a human-princess-unicorn hybrid become even more endearing? This is how.

Jessica Chastain has somehow managed the near-impossible feat of combining “Stars: They’re just like us,” with “No freaking way, this celebrity is living THE BEST POSSIBLE LIFE.”

A normal person who has multiple Oscar nominations and is friends with Tom Hiddleston, that is. 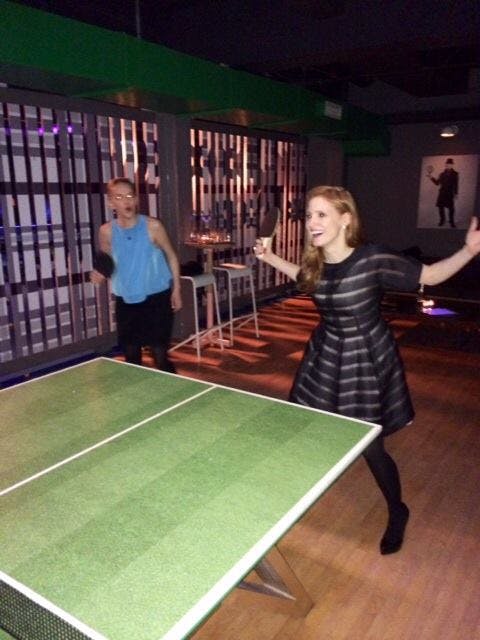 Is anyone surprised that Tom Hiddleston is very serious about poring over that book of karaoke songs in the background? No? Yeah, OK, we could’ve predicted that one a mile off. 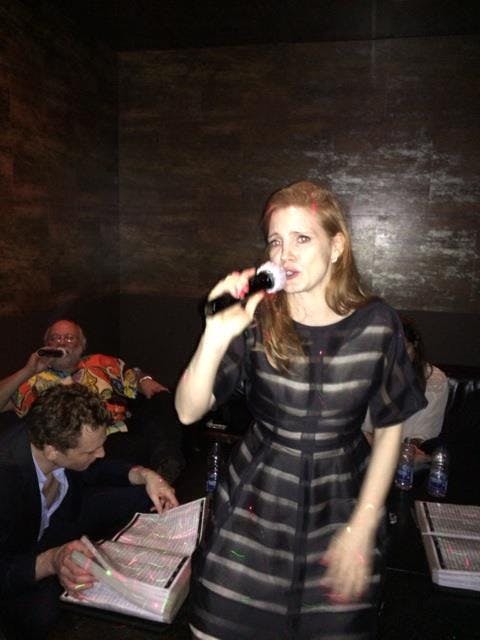 Happy birthday, Jessica Chastain. And congratulations on being so chill. 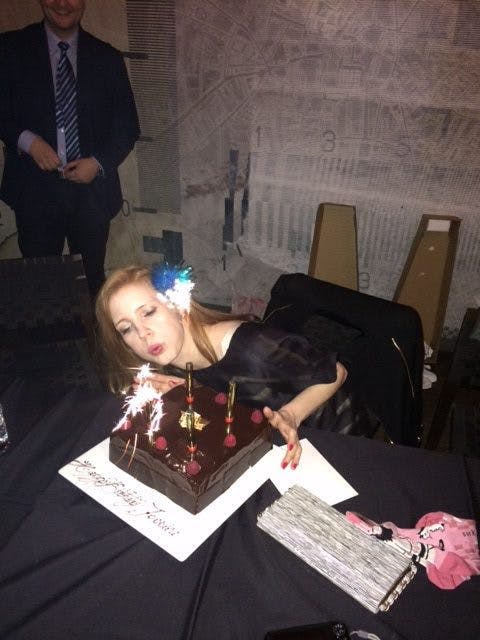