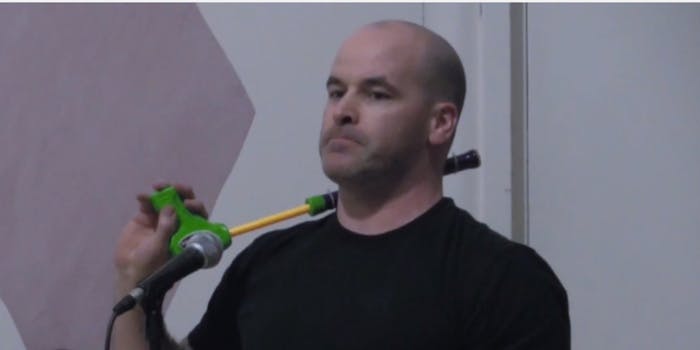 “Slam poetry” gets a bad rap these days, but what Jesse Parent expresses in this video really is poetic. Filmed at the College Unions Poetry Slam Invitational in Boulder, Colo., this clip, titled “To the Boys Who May One Day Date My Daughter,” features Henry Rollins lookalike Parent listing all the ways in which his daughter’s future suitors should tread lightly.

Despite his militant verses about years of training to kill these men, and his “room with a rubber mat and a drain,” Parent’s descriptions are quite beautiful. Addressing violence towards women, he says, “She will not keep your secret. You can’t make fire feel afraid.”

His addendum at the end ties it all together, too.