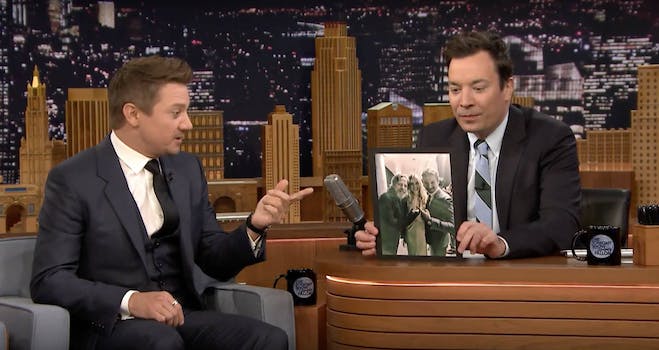 He soon realized his mistake.

The Captain America: Civil War premiere drew plenty of big names, but one of the film’s actors didn’t initially recognize the star of one of the only film franchises even bigger than his own.

While signing autographs for fans, Jeremy Renner spotted a scruffy-looking man with a massive, fantastic beard, and, as he told Jimmy Fallon Wednesday night, he thought that a homeless man had gotten into the premiere. But he soon learned his mistake: that man was Mark Hamill, who grew out his beard for a little thing called Star Wars.

They traded some words and action figures before taking a photo, but according to Renner, Elizabeth Olsen, a longtime Star Wars fan, got emotional when she met Hamill.

“Elizabeth was crying,” Renner explained. “She was just weeping. It was tremendous. It was so cool, man.”