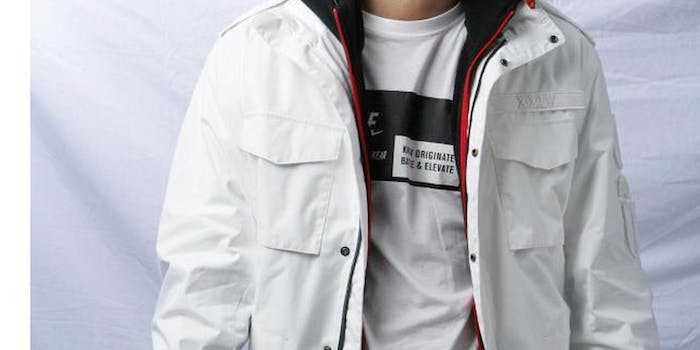 His Timeline, created around 2 a.m. Monday morning, is still mostly bare and contains only the most basic biographical information: current job as point guard for the New York Knicks; born in Palo Alto, California; alumnus of Harvard and Palo Alto High School.

The profile picture on the account is the same one posted to a Lin fan page, apparently maintained by Lin, that’s existed since at least August 2010.

Lin’s new page has only 3,416 subscribers, though that number is rising almost as quickly as Lin’s total points scored. By comparison, his fan page, in English, has over 885,000 likes. A similar fan page for Lin, written in Chinese, has been liked 210,000 times.

The Timeline’s sole link is to Lin’s official page, where, among other things, fans can directly buy Lin-themed shirts. That’s one way for Lin to make some extra cash. A free agent until the Knicks picked him up in December, he’s only making around $762,195 this season—a paltry amount compared to most NBA stars.

Lin does have other fan-made Facebook pages. Play Jeremy Lin was created in early January, when Lin was still an unnoticed player who hadn’t ever started game in the NBA. Liked by only 108 people, its members were nonetheless passionate before Lin got his chance.

“Knicks need help in the back court, Lin is sitting right there …. why not let him play !!??” wrote Whitman Lam on January 14th, three weeks before Lin’s breakout game against the New Jersey Nets.

Here’s one event worth adding to his Timeline: Saturday Night Live tackled the stereotypes that have surrounded Lin’s sudden ascent, most recently an ESPN headline that included a racial slur.