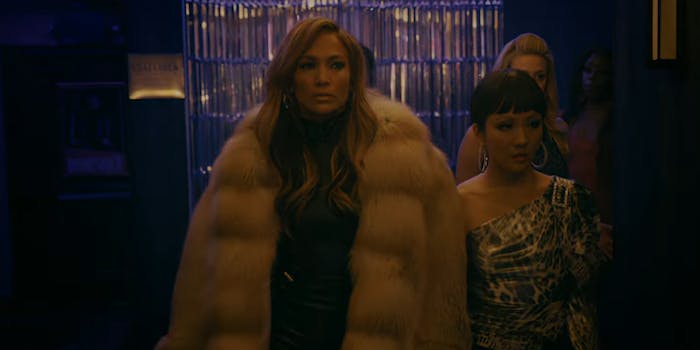 Jennifer Lopez admits she was ‘sad’ after Oscars snub

Lopez told Oprah she felt a little 'Ouch' after the snub.

While the Super Bowl halftime show allegedly racked up thousands of FCC complaints, Jennifer Lopez looked back on another 2020 moment in a recent conversation with Oprah. That Oscar snub made her sad too.

Lopez spoke with Oprah as part of her 2020 Vision event over the weekend, and admitted she was “a little sad” that she didn’t receive a best supporting actress nomination for her role as Ramona in Hustlers. According to Billboard: “There were so many articles, I got so many good notices—more than ever in my career—and there was a lot of ‘She’s going to get nominated for an Oscar, it’s going to happen. If she doesn’t [get it], you’re crazy.’ I’m reading all the articles going, ‘Oh my God, could this happen?’ And then it didn’t and I was like ‘Ouch.'” (Laura Dern took home the award for Marriage Story.)

While the shut-out reflected more on the Academy than Lopez’s performance, she also assessed the feelings behind the snub: “You realize you want people’s validation, you want people to say you did a good job and I realized, ‘No, you don’t need that. You do this because you love it.'”

Plus, now she’s on TikTok.