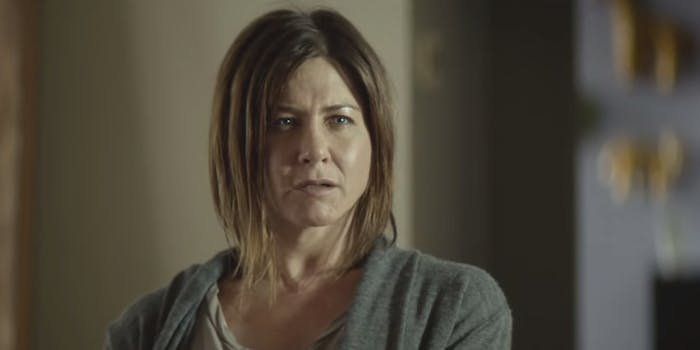 Over the weekend, a photo of Jennifer Aniston in her wedding dress went viral and was featured by dozens of media outlets. The only problem? That’s not Jennifer Aniston.

The photo was first shared by a Jennifer Aniston fan page. The photo has been liked over 330,000 times and shared 26,000 times.

The dress is from a label named Dimitrius Dalia and the photos were taken in 2014.

But don’t worry. Everything else you read on the Internet is true.

Aniston and fellow actor Justin Theroux made it official in an intimate ceremony at home earlier this month.

It was a three-year engagement for Aniston, 45, and Theroux, 43, who had been friends for many years before dating, leading observers to routinely wonder whether the couple was breaking up.