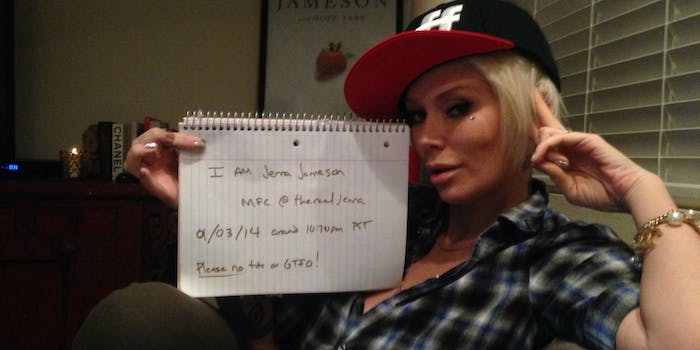 Jameson asked 4chan’s most notorious imageboard /b/, known for its raids, vote rigging, and justice seeking, to find the assistant who had accessed her social media accounts and deleted her photos. (Click to enlarge.) 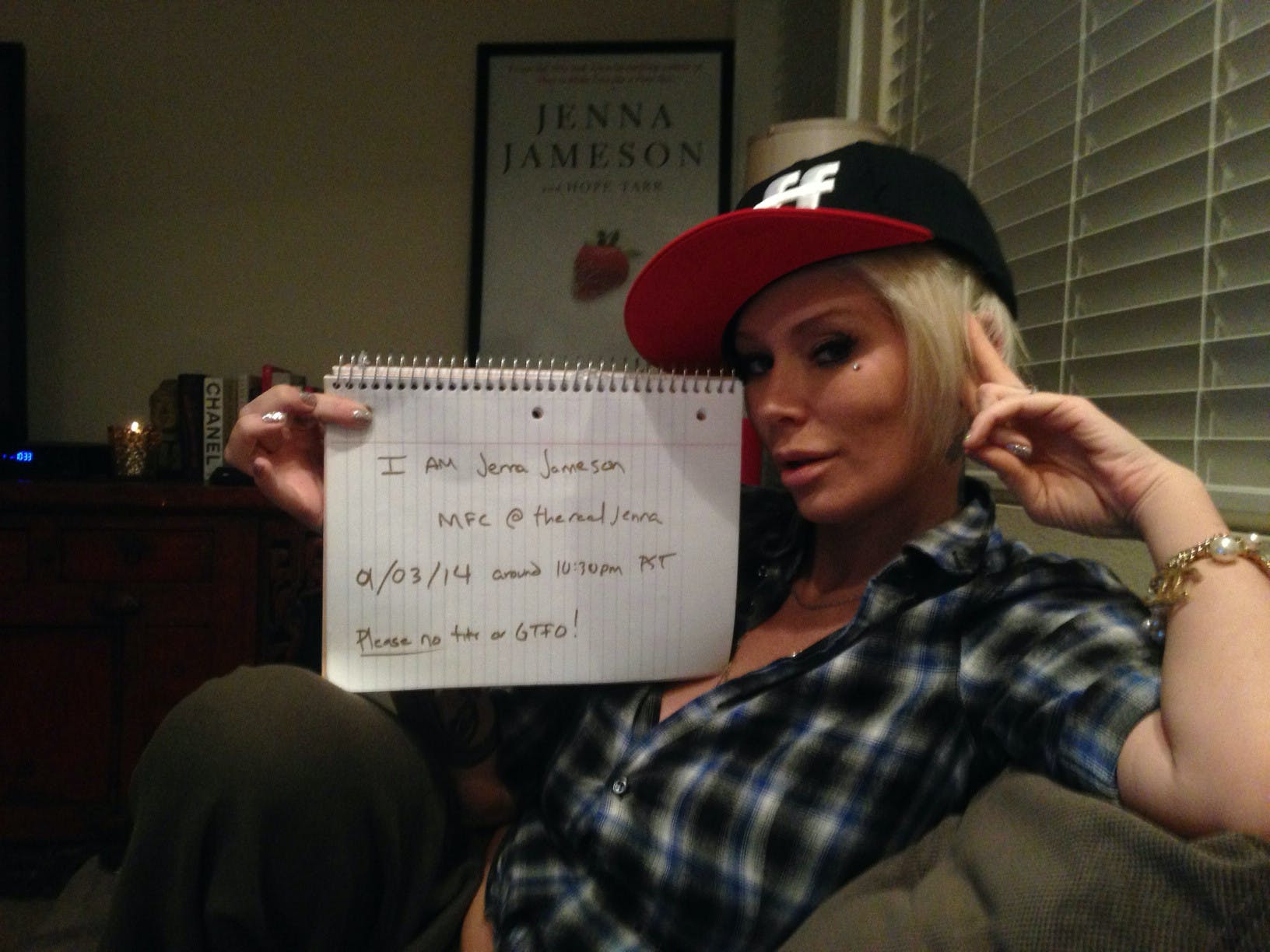 Despite /b/’s penchant for believing everything they read, the community put the 39-year-old through her paces before they helped her.

/b/ asked her to do the popular “Tits or GTFO (“get the f**k out”)” and the “put shoe on head” memes in order to prove that she was indeed sincere. They also asked her to hold a dark colored shoe in her right hand. Jameson satisfied all requests. 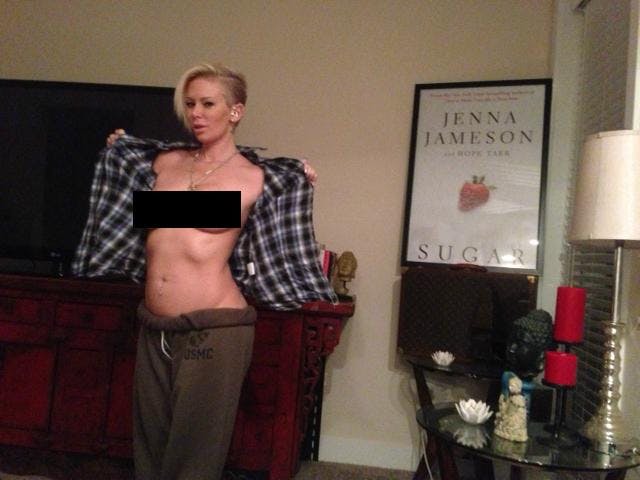 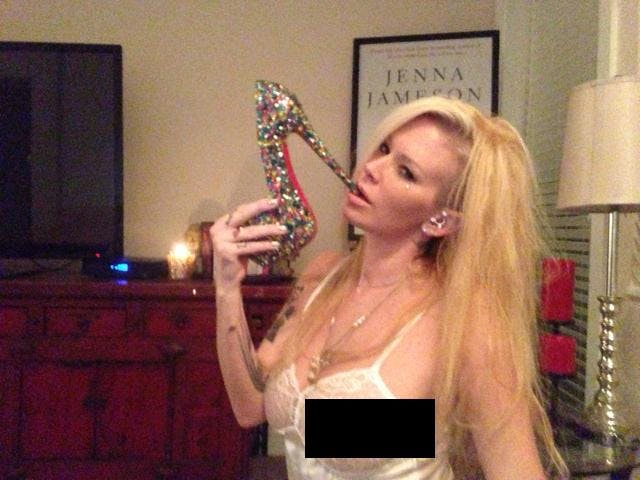 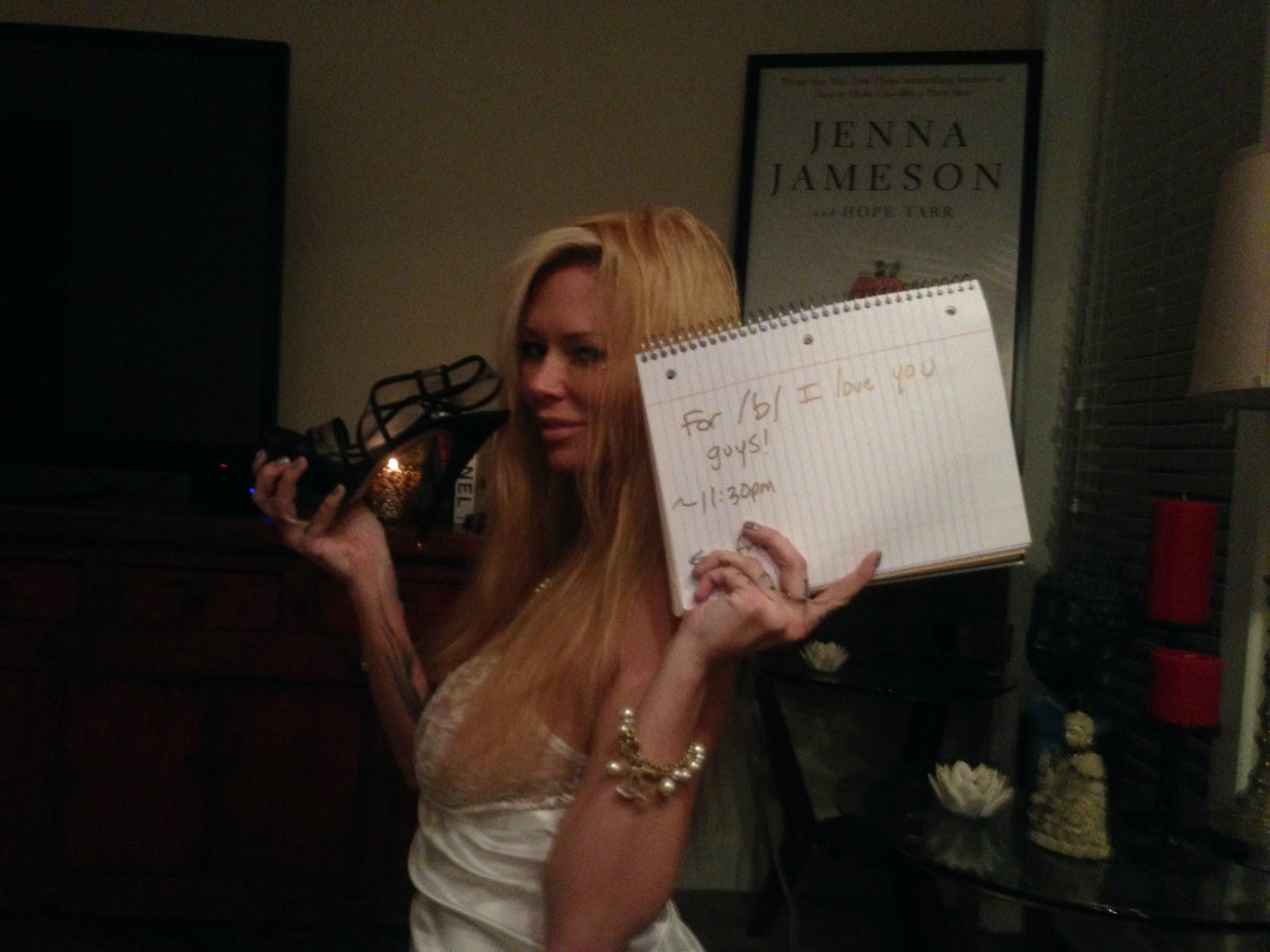 With the verification out of the way, /b/ got down to business.

The quickly tracked down the ex-assistant’s address, last four digits of his social security number, and his credit score. 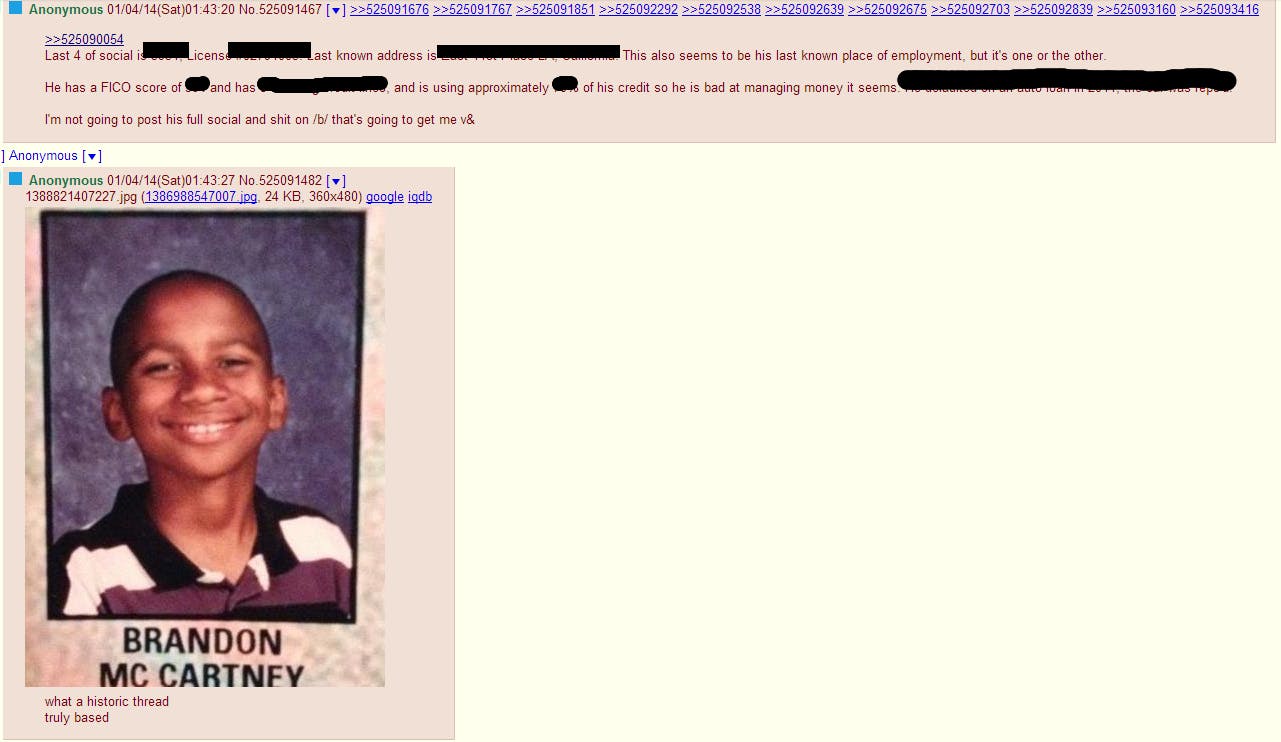 Jameson was pleased. (To see all the uncensored and very NSFW photos she shared on /b/, visit this Imgur album.) 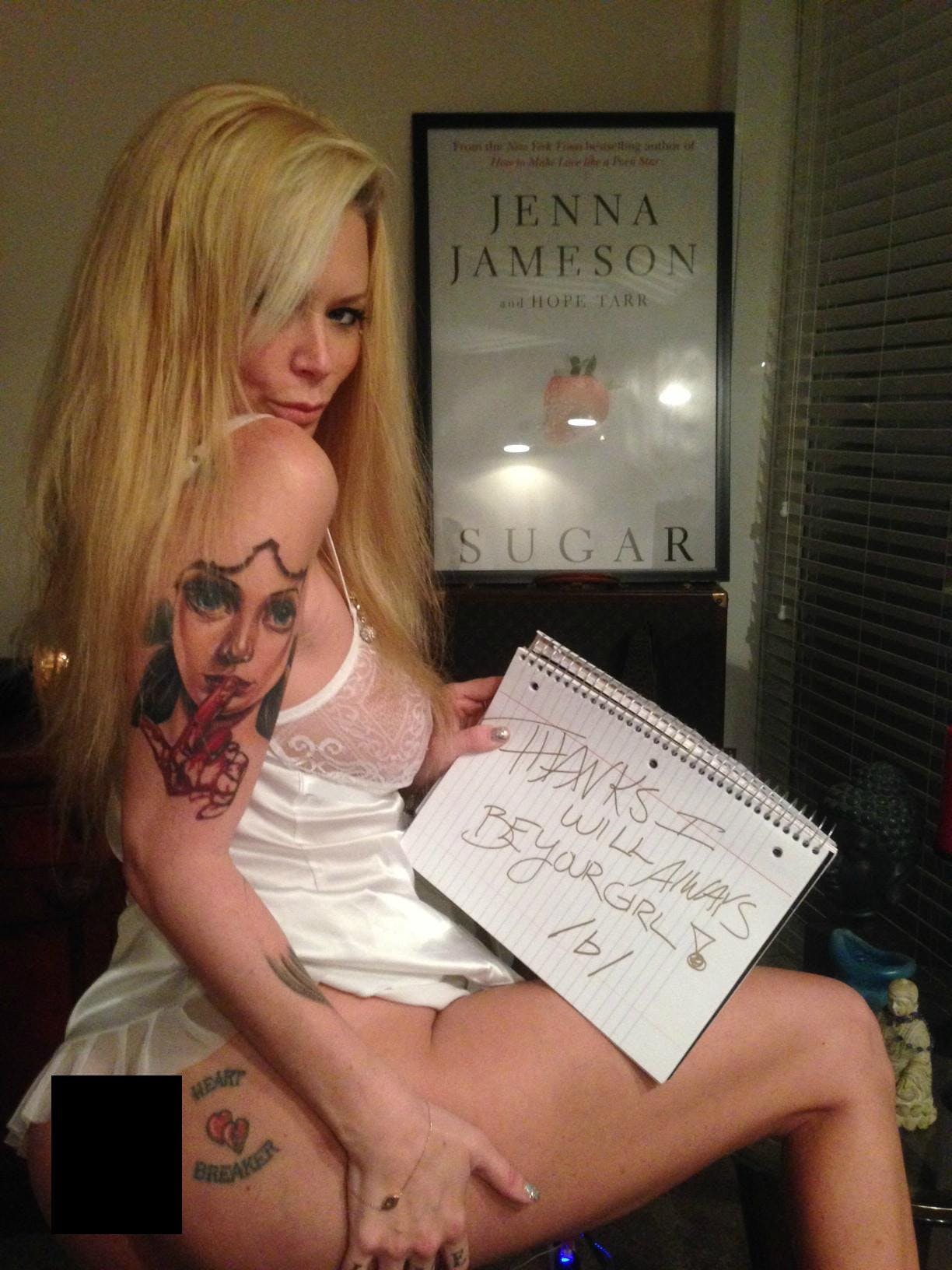 All of these /b/ interactions were verified by a man named Christian Feliz (@dirtmonst3r), who Jameson has tweeted about frequently.

Jameson can be seen in this Instagram photo wearing the same plaid shirt as she did Friday night. 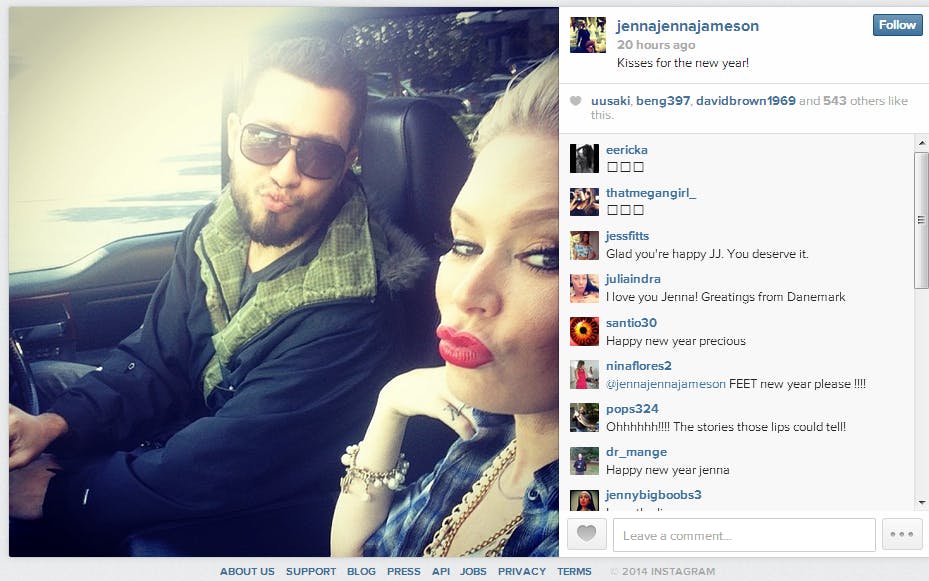