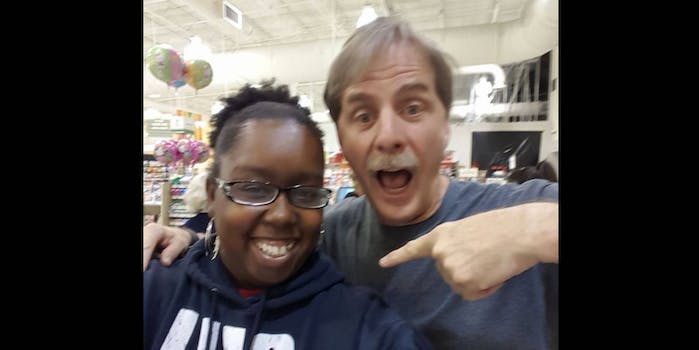 Jeff Foxworthy buys groceries for mother of 3 in Georgia

Good deeds for those in need.

On Saturday, the comedian reportedly bought groceries for a mother of three at a John’s Creek, Georgia, Publix.

After sorting through her coupons and attempting to calm down her children, Robin McFadden was shocked when she turned around and saw Foxworthy.

The comedian swiped his card without asking and paid for the groceries, about $25 according to Fox 5. McFadden was extremely thankful and posted a picture on Facebook to share the moment. 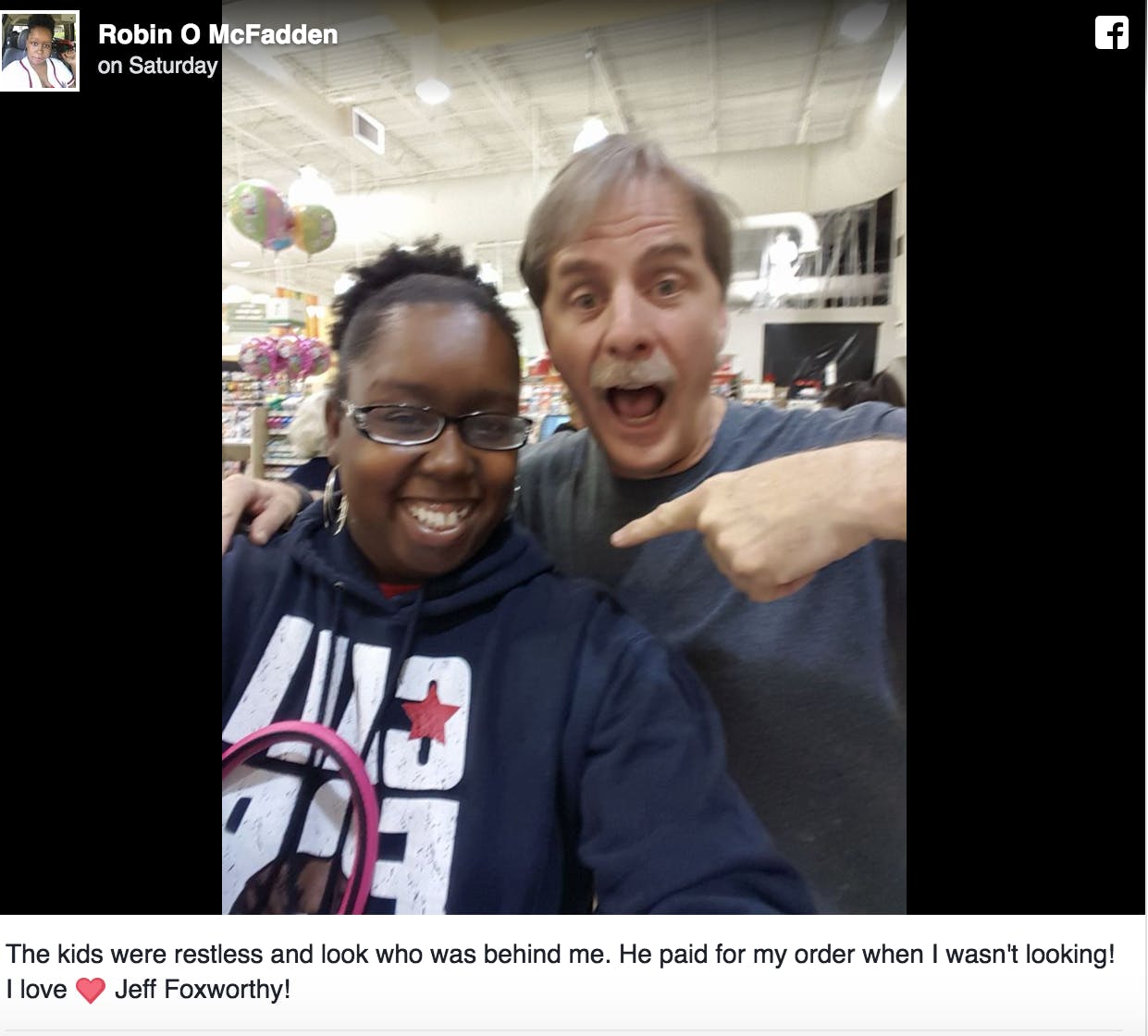