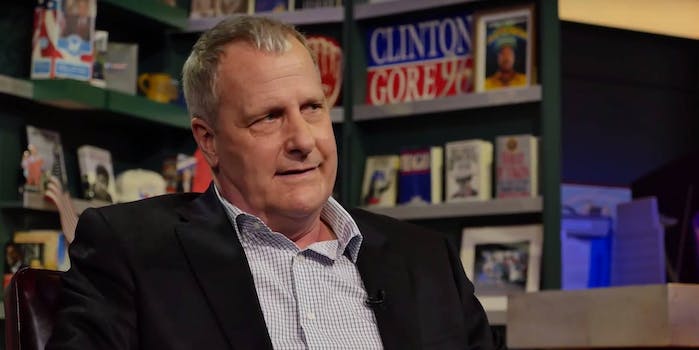 Jeff Daniels channels his ‘Newsroom’ character to talk about Trump

Will McAvoy for president.

In the first episode of The Newsroom, newscaster Will McAvoy (played by Jeff Daniels), who’s been sitting on a lackluster panel and shooting off soft answers, gets a question from a young woman that makes him break: “Can you say why America is the greatest country in the world?”

It’s become one of the show’s signature scenes, and yesterday, in an interview with MSNBC, Daniels channeled McAvoy when asked about Donald Trump and why he’s the “best-case scenario for Hillary Clinton.”

The segment quietly transforms into The Newsroom, complete with the audience prompt from the original scene and stunned producers watching from the control room. Daniels goes off on Trump’s tiny hands as part of the gag, but there’s also some real talk there.

Makes you wonder what the show would have done with Trump.