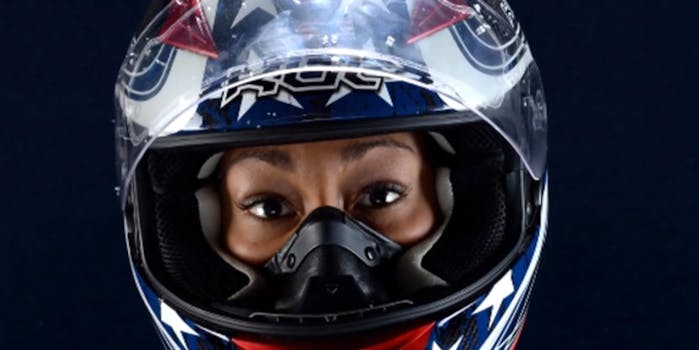 American bobsled pilot Jazmine Fenlator took a path less traveled to get to the 2014 Winter Olympics. The 28-year-old former track and field star learned the art of the bobsled in 2007. Though she didn’t qualify for the 2010 Vancouver Olympics, she spent the last four years mentally and physically preparing for 2014’s competition, while struggling with her mother’s health issues and the destruction left by Hurricane Irene in 2011. Now in Sochi, she and her teammate, Lolo Jones, will try to win the gold for the women’s team.

If you can’t watch the opening ceremony, streaming this expertly-curated mix is the next best thing.