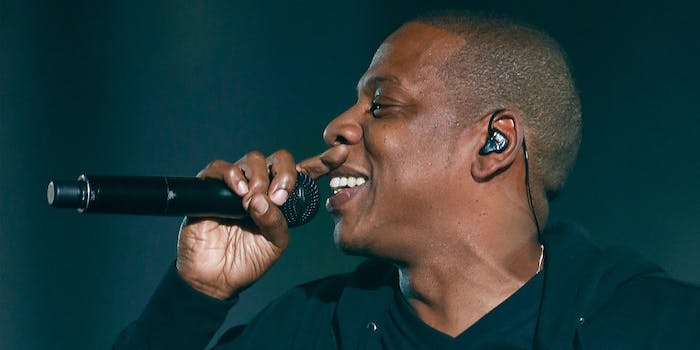 Look, stop giving Jay-Z guff about wearing a helmet on a jet ski. They are unpredictable machines and the open water is unforgiving.

And yet a photo—which is apparently from  2016—of Jay-Z riding a jet ski while wearing a helmet and a nonplussed look seems to have resonated with the indoor kids. It was resurrected over the July 4 holiday as a symbol of how a lot of us are feeling right now.

Jay-Z the first man in history to look miserable on a Jet-Ski pic.twitter.com/zKSrTom4wb

jay-z on a jetski be looking like dr nefario lmao pic.twitter.com/weXhN9aGmY

It was pointed out that this isn’t the first awkward sporting moment for Jay-Z.

We have a new one to the Jay-Z awkward sports collection. pic.twitter.com/OEqjBYOSEB

It was added to other recent rapper memes.

“attention Gotham, I want 100 million transferred to me before noon or I will poison the city and kill millions!”

“already on it Thug.” pic.twitter.com/dswSTjKkNk

Meanwhile, Beyoncé rode the way only she could, though the photos TMZ posted in 2016 do show her wearing the red helmet as well.

Beyoncé did post photos of their holiday a couple days ago, though it’s not clear if more jet skiing took place.