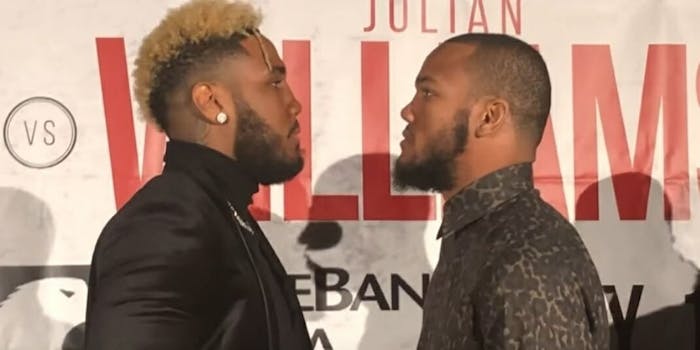 How to watch Jarrett Hurd vs. Julian Williams for free

Jarrett Hurd is the best at 154 pounds. Julian Williams will try to derail him.

Jarrett Hurd is probably the top junior middleweight in the world. Two others are potentially in the mix for that spot, but Jermell Charlo lost a disputed decision in December and Jaime Munguia is still undefeated but was lucky to win his last fight. Meanwhile, every time Hurd steps into the ring, he clearly looks like the best at 154 pounds.

Julian Williams will try to stop that momentum on Saturday—and you can live stream Hurd vs. Williams on Fox for free. If Williams can pull off the upset, he’d take Hurd’s two junior middleweight titles. But it’s more likely that Hurd will continue his impressive winning ways—he’s just that good.

Here’s everything you need to know to watch Hurd vs. Williams for free.

Even if you’ve said goodbye to cable and exclusively stream the content you want to watch, you can still take in Hurd vs. Williams. Every major live streaming service offers the Fox channel, and each one allows at least a one-week free trial. That includes YouTube TV and DirecTV Now.

If you want to watch Hurd vs. Williams online via Sling TV, you’ll need to be subscribed to either Sling Blue ($25 per month) or Sling Orange + Blue ($40 per month). Both packages include Fox and FS1 (and it’s still a nice perk that Sling subscribers can order a la carte packages). Sling TV also offers a special Latino package for bilingual viewers. Sling TV is also currently offering a deal where you can subscribe for 40% off the regular price for the first three months of your subscription. (Here’s a complete guide to Sling TV channels and our Sling TV review.)

Hulu is a great way to stream live TV (it has nearly 60 channels) or to watch its massive on-demand library of movies, TV shows, and original series. Thanks to that versatility, Hulu with Live TV is a great option. It’s also the best way to bundle your streaming services into one place. (Here’s the complete list of Hulu Live TV channels.)

If you want to watch live TV directly from your PS4, PlayStation Vue is your best bet. PlayStation also works with streaming devices like Roku and Amazon Fire products, but what separates PlayStation from the rest of the streaming services is that it’s also compatible with Kodi. No matter how you stream, you’ll get to choose from four tiers of channels, all of which include Fox, FS1, FX, HGTV, Syfy, and more. You can see the full list of PlayStation Vue channels here. You can stream on up to five devices at once, and there’s also unlimited cloud DVR. 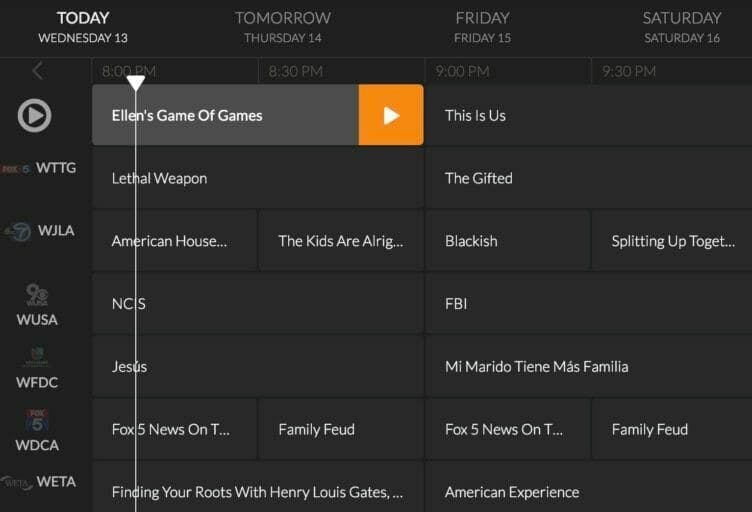 Locast is a free not-for-profit service that allows people to watch all of their local channels, including the Fox affiliate, for free from their web browsers. The only bad part is that Locast isn’t available everywhere. If you live in New York City, Philadelphia, Chicago, Houston, Denver, Boston, Dallas, or Washington, D.C., you’re in luck. That’s because Locast is available to the residents of those cities. If you have Google Chromecast or a comparable device, you can then “cast” Hurd vs. Williams to your big screen.

Jarrett Hurd vs. Julian Williams: Why it matters

In 2018, Jarrett Hurd (23-0, 16 knockouts) earned the best win of his career, beating longtime titlist Erislandy Lara by split decision in a fight that was declared the best of the year.

Williams (26-1-1, 16 KOs) probably won’t be a pushover, though. The only loss of his career came via fifth-round knockout to Jermall Charlo—Jermell Charlo’s brother—in 2016, but since then, he’s won four straight fights (including a unanimous decision vs. the faded Ishe Smith). Yet, the only other time Williams has fought an opponent at Hurd’s level, he was squashed by Jermall Charlo.

This time, he said, will be different.

“I know that I’m a top 154-pound fighter. I just had to get back in there and keep fighting,” Williams said. “You can’t stay down too long. You just get back up on the horse. I knew this time would be coming.

“I think that all of my fights have prepared me for this opportunity, not just the Charlo fight. I learned from the 21 fights I had before that too. The Charlo fight gave me a chance to go back to the drawing board and work on a bunch of things. I have championship experience and that’s invaluable.”

The motivation for Hurd is to keep his belts and to potentially get a matchup (and a big payday) against Charlo or Munguia. But he also wants the recognition of being thought of as one of the best pound-for-pound fighters in the world. A one-sided win against Williams would probably help in that regard.

“I don’t want this fight to be close,” Hurd said. “I’m trying to get the recognition that I work hard for. I think I have a better résumé than guys at the top of the pound-for-pound list. I’m going to come out and prove it Saturday night.”