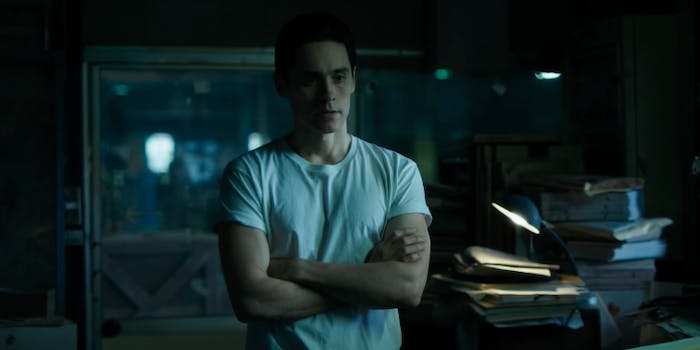 'California Roll with Imitation Crab the Movie' might be the sickest burn of the year.

Jared Leto is something of a renaissance man, acting in several critically acclaimed and financially successful films, selling millions of records with Thirty Seconds to Mars, and directing several music videos and a documentary. He also excels at irritating a lot of people for his acting decisions both on- and off-screen, and the backlash against the new trailer for his upcoming Netflix film The Outsider proves he hasn’t lost that touch.

The Outsider stars Leto as an American soldier who finds himself serving the Yakuza after World War II. His indoctrination into the Japanese crime syndicate promises a lot of gory violence via brutal stabbings and gun-wielding exploits. That’s all well and good, but the decision to cast a white guy as the star of a film set in Japan and featuring a predominantly nonwhite cast has a lot of people up in arms (no pun intended).

Plenty of vocal critics expressed their frustration on Twitter, calling The Outsider a “whitewashing mess” and suggesting that the film could have hired an Asian-American actor to play Leto’s role and still gotten the “outsider point across.”

Everybody, together now: Hollywood can make a film set anywhere in the world, in any era of history… and always somehow find a way for the movie to star a white guy. https://t.co/fogEGQJCri

Jared Leto as a Yakuza Killing Machine? No thank you to this #WhiteWashing mess. h/t @jesthevu https://t.co/TSrUc0ZasO

(Seriously, how hard is it to hire an Asian-American actor for this type of shit? Still gets the outsider point across.) https://t.co/DFPavvzewd

Smh @ Netflix. I can believe a white man can be a member of the yakuza, but only if it isn't forced diversity pandering to a vocal minority. https://t.co/aOlbNLqRg3

Director Aaron Stewart-Ahn had arguably the spiciest burn of them all, calling The Outsider “California Roll with Imitation Crab the Movie” and revealing that he found some… questionable material on an old version of the script.

California Roll with Imitation Crab the Movie… A white producer sent me this script years ago said it was genius, it made Blacklist. Page 2 actually mentions Caucasians having bigger penises, I swear. https://t.co/RGdk1MKBOV

Leto’s no stranger to representation-based controversy. His Oscar-winning portrayal of Rayon, a transgender woman with AIDS in Dallas Buyers Club, drew criticism from LGBT activists who considered his role a missed opportunity to highlight trans actors.

Netflix has been producing plenty of original content lately, but not all of it has been warmly received. Perhaps it would behoove the streaming company to make more thoughtful casting choices and follow the old “quality over quantity” adage, so its shows and movies can actually generate positive press before they’re released. Speaking of which: The Outsider comes out on March 9.