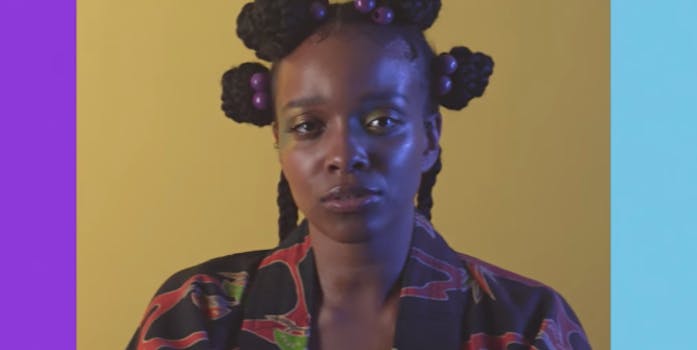 'I want to show you guys what Chicago really is.'

Back in May, singer Jamila Woods and Chance the Rapper opened up a challenge to aspiring teenage directors in the Chicago public school system: submit a treatment for their “LSD” music video, and the winner would get to direct the real thing.

After reportedly receiving more than 60 submissions, Woods named an ode to the “real Chicago” from then-high school senior Ashley Huicochea the winner. In the video, Woods strolls the beaches of Lake Michigan, plays with some kids in a cloud of bubble machine bubbles, and attends a cookout (with Chance on the grill).

Woods said she loved the specificity of Huicochea’s video treatment. “It felt like I was getting to know her through reading it, and at the same time it brought to mind memories of my own family,” she said. Visual elements from Huicochea’s original treatment, like the front-yard kiddie pool and breezy barbecue, are central to the chill, summery video:

“I want to show you guys what Chicago really is,” Huicochea told Mic. “You can’t just contain it to one ideal. It has so many stories.”

Vincent Martel, the founder and creative director of the studio that supported the project, said he thought it was important for companies like his to encourage young artists. “I think the biggest teaching lesson we could give Ashley is you can do that,” he said. “You can dominate a set. You can speak your mind and people will listen to you.”

Woods also uploaded a documentary to her YouTube channel about the process of making the music video: