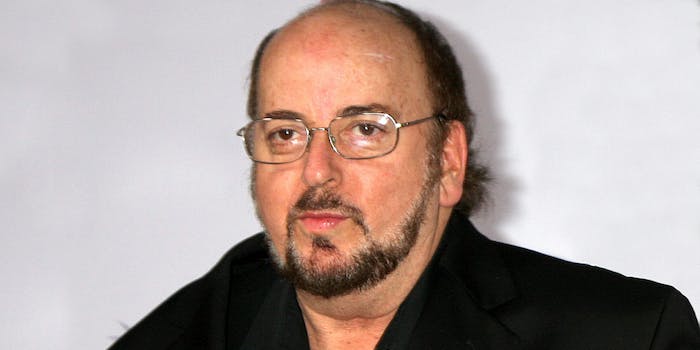 The number of alleged instances of sexual harassment keeps sky-rocketing.

Sunday’s bombshell report from the Los Angeles Times included allegations of assault and sexual harassment against director James Toback from 38 women. It’s sent ripples through the entertainment world. But like the Harvey Weinstein sexual misconduct scandal has done (and continues to do), far more women are coming forward with their own stories involving Torback than was initially reported.

James Gunn began to illustrate how far-spread Toback’s alleged misconduct was just by looking at his own circle, writing that some of them included three women he’s dated, two of his best friends, and a family member. But that’s just scratching the surface, according to Glenn Whipp, the writer who broke the story.

In tweets posted periodically over the past couple of days, Whipp has updated followers on the number of women who have contacted him about Toback, increasing from dozens to more than 100.

Since the piece published this morning, 15 more women have contacted me about Toback. (4/5)

UPDATE: 38 women contacted me for this story. That number has now doubled since it was published. https://t.co/beVGHWGOKM

Updating again: Since this story published on Sunday, 193 additional women have contacted me to talk about Toback. https://t.co/beVGHWpdmc

By the time the Los Angeles Times published an updated story on the Toback allegations, that number had climbed to more than 200 women. Though the Los Angeles Times hasn’t verified most of the accounts received, they follow a similar M.O. to the allegations originally published in that Toback approached them with offers to audition for one of his movies “and a wide range of unwanted sexual advances and behavior.”

Access Hollywood’s Natalie Morales and actress Julianne Moore have since come forward with their own stories about Toback.

“In all honesty, I thought he was just a creep hitting on me with the oldest line in the book,” Morales told the Los Angeles Times.

Glenn add one more. Exact same playbook by James Toback when I encountered him near Central Park.

Moore’s experience with Toback took place several decades ago. She told Whipp that she turned him down when he initially approached her, but then he tried it again a short time later.

@GlennWhipp 1 – #JamesToback approached me in the 80's on Columbus Ave with the same language – wanted me to audition, come to his apt.

@GlennWhipp 2. I refused. One month later he did it again with the EXACT same language. I said don't u remember u did this before?

Toback has denied accusations of sexual harassment and misconduct, denying that he never met the women accusing him or didn’t remember ever meeting them. He also claimed that it was “biologically impossible” for him to do any of the behavior he’s been accused of doing over the past 22 years because of diabetes and a heart condition.

Update 10:12am CT, Oct. 27: Selma Blair and Rachel McAdams have likewise come forward with allegations of sexual misconduct against Toback.