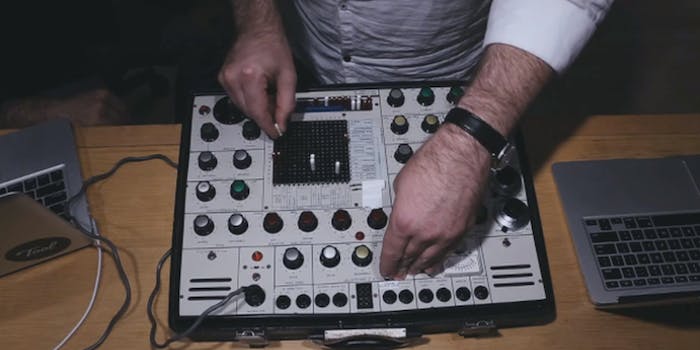 Murphy’s not actually writing the music; he’s just the conduit for probabilities.

Think the U.S. Open is just about amazing arm muscles and primal grunts? LCD Soundsystem frontman James Murphy is trying to change how we engage with the tennis match by making music with its data.

IBM partnered Murphy with developer Patrick Gunderson for the U.S. Open Sessions, in which they record roughly 400 hours worth of music, using data coming in from matches and an algorithm, which translates between the music and tennis data. The latter’s data comes from different situations within the matches, like fault, point, and second serve. Murphy’s not actually writing the music; he’s just the conduit for probabilities. The project is organized via the IBM Cloud.

Murphy seems to be using his post-LCD Soundsystem time well: Earlier this year, he embarked on a project to turn the sounds of the NYC subway into music.