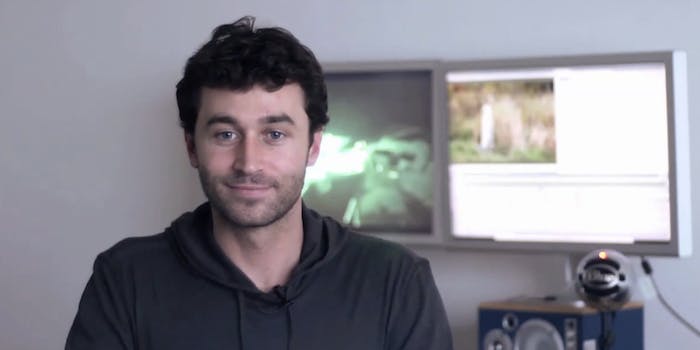 i am not joking in regards to shooting a scene with me. https://t.co/jB4fzEx5HS

When the day of the shoot arrived, Tisdale met Deen at the hotel room she had booked in New York. Tisdale likened the encounter to an OKCupid date, “because we’d been chatting online and now we were meeting in person and I was like, ‘What if he doesn’t think I’m attractive? What if we don’t get along?’ Just normal first-date jitters stuff.”

Although she was nervous, Tisdale says Deen made a concerted effort to put her at ease, chatting over coffee and reading text messages aloud to each other while strolling through the streets of New York.

When they finally returned to the hotel, Tisdale shot two scenes with Deen: one in the bedroom, one in the bathroom. There was no crew present, just the two performers and what Tisdale refers to as “a very nice camera.”

“I didn’t even notice it was there, honestly,” she says. “I was just like, Here’s James, he’s my buddy, and we’re gonna do it now.”

“I don’t understand that at all,” she says. “It’s like going skydiving. Are you jumping out of a plane because you’re dying to jump out of the plane, or are you also kinda doing it so you can tell people you jumped out of a plane? I’m proud of it, I’m excited about it, and why wouldn’t I be?”