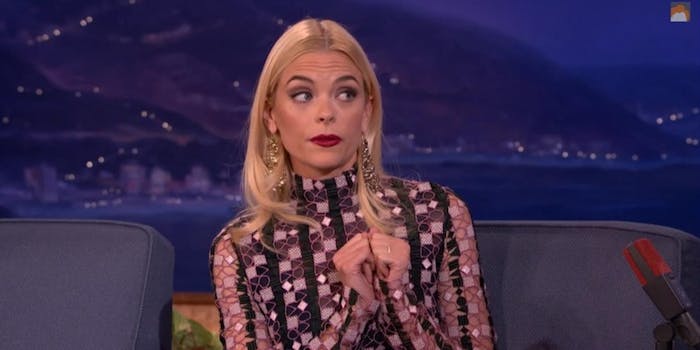 This is the best unintentional ad for Uber ever.

With contractions starting and no one at home to help her, actress Jaime King did the only sensible thing to get herself to the hospital for the birth of her baby. She fired up her Uber app.

King shared the story on Conan O’Brien‘s show, claiming that she felt like calling an ambulance would be “kind of dramatic.”

“[Uber] says they’re three minutes away, and an ambulance you don’t know,” King explained. Who knows, this could easily be Uber’s new slogan, and the untapped market of expectant mothers could be goldmine for the company.

And yes, she did give the driver five stars.