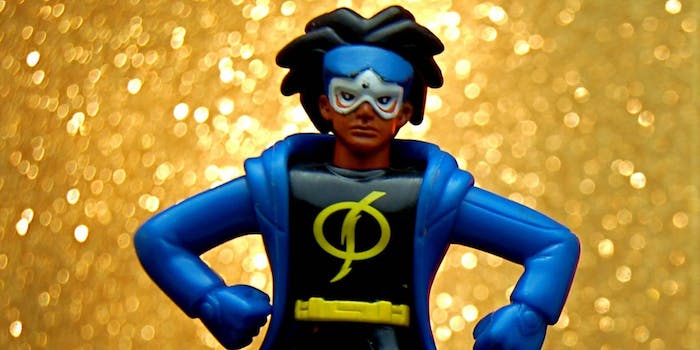 Smith's been rumored to play the role for some time.

It’s been rumored for some time that actor Jaden Smith would take on the role of Static Shock for a new webseries by Warner Bros.

Based on a recent interview with actor Tyler James Williams, known for his roles on The Walking Dead and Everybody Hates Chris, he may have confirmed that rumor.

Static Shock was an animated show that premiered in the United States in September of 2000. It ran for four seasons before being cancelled. Static Shock has sort of lived on in cameo appearances in other animated DC Comics shows like Justice League Unlimited, and also had a comic run when DC rebooted its universe with the New 52 series. The comic was cancelled after six issues.

It’s rumored that Reginald Hudlin, who directed House Party and produced Django Unchained, will be involved with the project.

Here’s hoping that DC and Warner Bros. can find magic in Smith. His father, Will Smith, is playing Deadshot in the upcoming Suicide Squad movie.