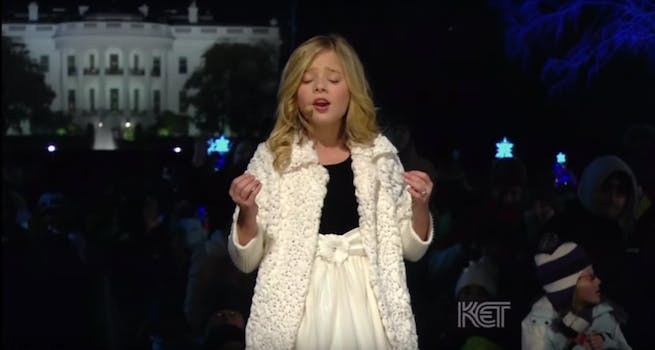 'My family is kind of a big target.'

The Trump transition team has reportedly struggled to find anyone to perform at President-elect Donald Trump’s inauguration next month (even with reported offers of ambassadorships), but it has booked one performer so far, who is already facing backlash for it.

Jackie Evancho, a 16-year-old opera singer who placed second on America’s Got Talent in 2010, announced Wednesday that she’d be singing the National Anthem at Trump’s inauguration. It wouldn’t be her first time singing for a president: She’s performed for President Barack Obama at the 2010 National Christmas Tree Lighting ceremony as well as the National Prayer Breakfast in 2012. She also sung for Trump at Mar-a-lago in 2011.

She called the high-profile gig “a great honor for me.”

Since the news came out, however, Evancho said she and her family have faced backlash and have been the subject of cyberbullying from some Trump critics on Twitter. She said they’re trying instead to focus on positive aspects, such as the audience that will likely be in attendance.

“My family is kind of a big target,” Evancho told People. “I have a transgender sister and so a lot of hate goes towards us. But I also get a lot of love. So, we pay most attention to that. Sometimes we get really annoyed with the hate, everyone does—we have to admit it but we just ignore it.”