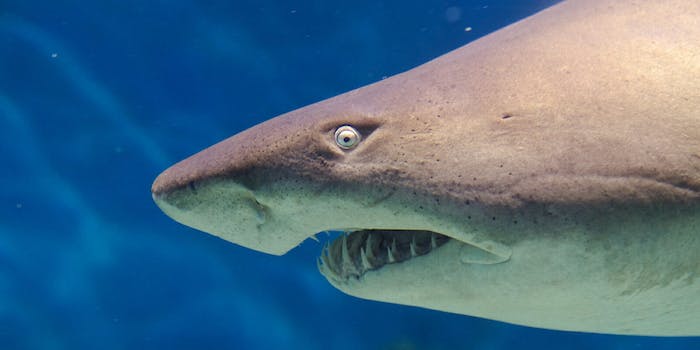 A 19-year-old college student and Instagram model was posing for a bird’s-eye water photo in the Bahamas when a shark bit her on the wrist, BuzzFeed News reports. Her post about the incident was inundated with criticism.

The teenager, Katarina Zarutskie from California, said she was on a trip with her boyfriend’s family a month ago when she spotted a group of nurse sharks and wanted to take advantage of the photo op.

But as she posed for a photo, a shark latched onto Zarutskie’s arm. “I leaned back, and then that shark he came and he bit down on my arm and pulled me under,” she said. A photo she shared on Instagram showed the bite in action.

She said she managed to remain calm, holding her wrist above water and using her other hand to stop the flow of blood. Once she made it to land, she realized she was “lucky” that her hand was still intact.

“They are wild animals, and it’s an uncontrollable situation,” she said.

After a month of healing, Zarutskie made an Instagram post about the shark bite, writing “PSA: Sharks are cute and can nibble at times if not careful.” But the post attracted an influx of comments attacking her for “blaming the shark,” BuzzFeed News reports.