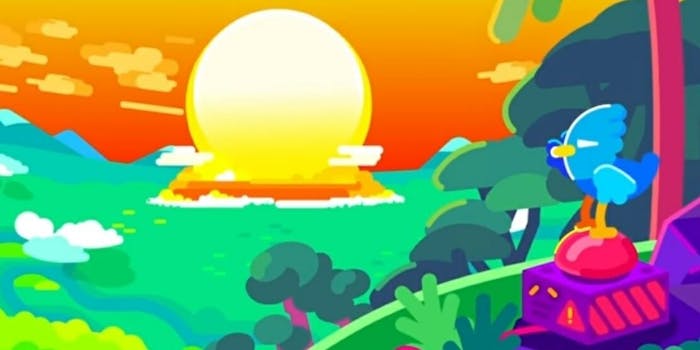 Perhaps you’ve never pondered the question. Or perhaps having Donald Trump as president has made you wonder. Either way, a YouTube channel is answering: What would happen if all the world’s nuclear bombs were detonated at once?

The YouTube channel Kurzgesagt—In a Nutshell (8.4 million subscribers) posted its animated answer on Sunday. At the time of this writing on Monday, it had accumulated more than 4.8 million views.

According to the channel, there are 15,000 nuclear weapons on earth (the U.S. and Russia combined own nearly half), though that’s reportedly much less than the 70,000 that existed in 1986. Meanwhile, there are 4,500 cities or areas around that globe that house at least 100,000 people. On average, Kurzgesagt—In a Nutshell calculated that it would take three nuclear weapons to destroy the entirety of one of these cities.

“This means,” the video’s narrator said, “we could destroy every single city on the planet Earth with our nuclear arsenal, killing more than 3 billion people, roughly half of humanity, in an instant.”

And still, there’d be 1,500 nuclear weapons left over.

If you combined all of the nuclear weapons in one big pile—apparently, they could all fit into the size of a small warehouse—it would be the equivalent of 3 billion tons of TNT. So, what would happen if their fuses were all lit at once?

The video explains all. Spoiler: It would not be a good thing.

Even if you survived the initial blast, the ensuing radiation poison would be deadly. Human life apparently would survive—and even if not, the world itself would eventually replenish it without the human species (which would probably be better for the Earth, anyway). Still, it’s probably best if we never actually put this experiment into practice. It sounds less than pleasant.