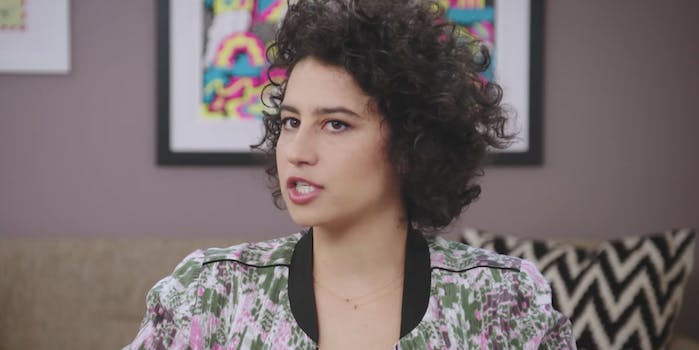 'Getting sexually harassed seems to be a constant, but having the opportunity to do something about it is rare.'

In a week that’s been depressingly full of sexual harassment stories from the entertainment industry, Broad City‘s Ilana Glazer has come forward and shared that she’s fired multiple employees for sexual misconduct over the years.

The comedian explained how ubiquitous harassment has been in both her private life and career with an Instagram post Monday evening. She used the hashtag #MeToo, which has been circulating on social media for days after being started by trans activist Tarana Burke (and miscredited to Alyssa Milano by many publications).

“I’ve been sexually harassed countless times,” Glazer said. “In middle school, in high school—by more teachers than students! At work as a waitress, at work as a showrunner! Same same same—I was a woman in both places.”

Glazer emphasized that it didn’t matter the context, no matter what the scenario was it seemed like certain men had the impression that harassment was acceptable behavior. The only difference now is that her career is big enough for people to listen when she shares her concerns.

“I was sexually harassed by a creepyass doctor just last year and filed a complaint with NYC,” she wrote. “I’ve fired a couple dudes—one background actor and one sound guy. I was asked, ‘Are you sure?’ Hm okay yeah lemme think a sec—YEAH I’M F***ING SURE. Cuz getting sexually harassed seems to be a constant, but having the opportunity to do something about it is rare.”

For women like Glazer, reaching the top of the office hierarchy means having the opportunity not only to be listened to, but to potentially lift up the voices of other employees who might have gotten ignored under different leadership.

The comedian thanked Transparent‘s Trace Lysette and Oscar winner Viola Davis for making posts of their own and giving her the courage to do the same.