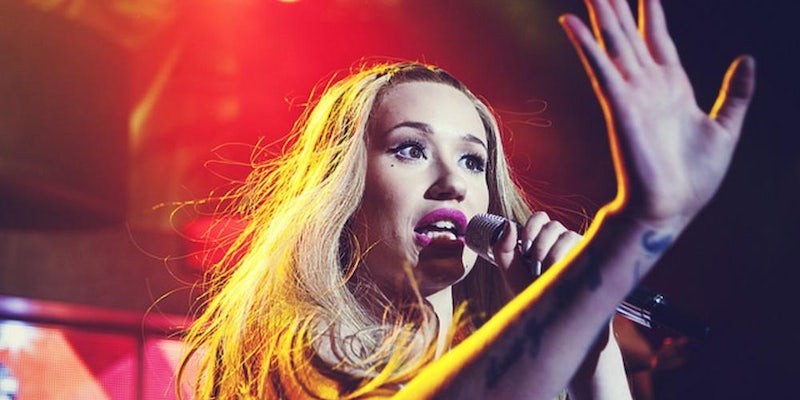 Iggy Azalea has the perfect response to those sex tape rumors

Whether or not Iggy Azalea did record a sex tape, however, two things are clear: 1) If she did, she clearly doesn’t want it out there, which is reason enough to stop talking about it right now, and 2) her response to the rumors, an epic rant on Twitter referencing Celebgate and lambasting the media for invading female celebrities’ privacy, is spot-on:

& it honestly makes me sick to see the media encourage any other attitude towards those sorts of people, we should want to protect our women

and i really hope that america will follow Europe and their laws to better protect peoples privacy and fundamental rights.

and on that note, I’m off to get a manicure. peaaaaccceeeeeee outtttttt *drops the mic*

Well-played, Iggy. Well-played. Now that that’s settled, let’s move on to more important news stories, like that kid who might go to jail for skull-banging Jesus.