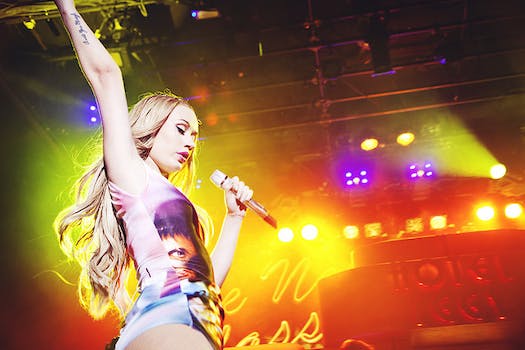 In the Jewish tradition, there’s nothing that says “I am becoming a Jewish man” more than having Iggy Azalea perform at your bar mitzvah. (Seriously, check it out. It’s in the Haftorah.) But the only thing that’s even more of a mitzvah than that? Getting a glimpse at (what might be) the Aussie rapper’s downstairs crotchal area.

That’s what a bunch of very, very lucky 12- and 13-year-old boys learned last weekend, when Iggy Azalea’s pants reportedly split open while she was twerking during a Very Special Bar Mitzvah performance.

(For the record, according to a college hip-hop act booking directory, Iggy’s appearance fee is approximately $75,000 to $100,000. No word on whether her clothed/unclothed ladybits command a separate appearance fee. But still, unless Iggy Azalea is an ordained rabbi/cantor who can also perform the actual bar mitzvah ceremony, that’s a lot of shekels to entertain at a 13-year-old’s birthday party.)

Uproxx claims that the Aussie rapper “‘forgot’ to wear underwear,” thus providing Jewish tweens and their horrified grandparents with an unexpected peek at her “down under.” While it’s clearly a serious wardrobe malfunction, we should probably state for the journalistic record that it’s unclear from the video whether she actually flashed her vagina, and/or if it was clothed/unclothed. She could have been wearing a thong. You be the judge.