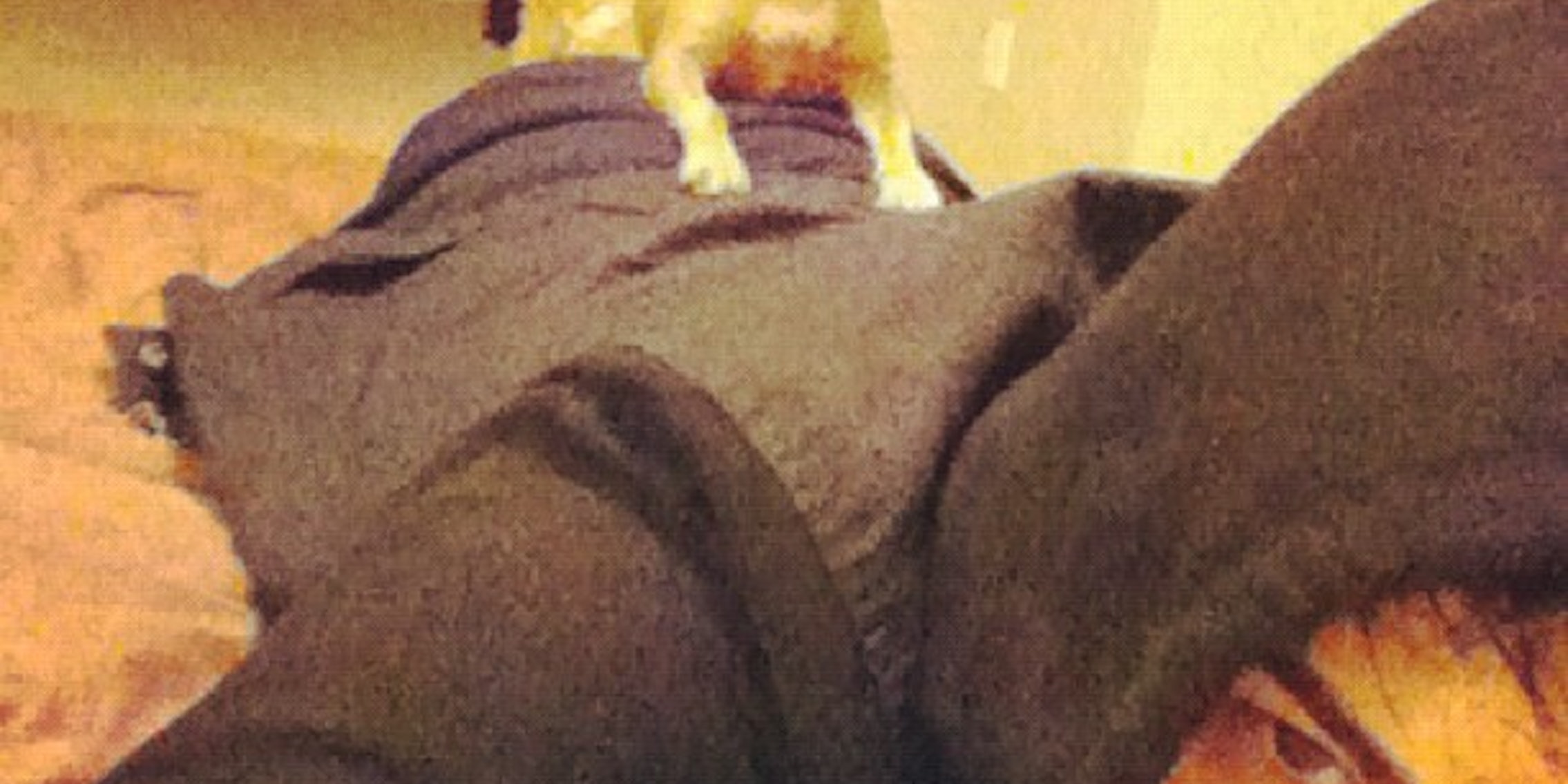 And he loves it.

In fact, Moore has what could be described as a cult-like following. Not content to rest on the laurels of his infamous site, Moore recently launched an app that helps people hook up with others nearby. He is also writing a sex guide comparing women around the world—and says he even wants to start a non-profit, educating parents and teens on the dangers of sexting.

Moore, who began the very not-safe-for-work site IsAnyOneUp.com a little over a year ago, is no stranger to hate. Nudes are submitted to his site anonymously, either by the photo subjects themselves to generate buzz (frequently done by lesser-known bands or actors), or by others—presumably angry exes. Photos are then displayed side by side with the photographed person’s public Facebook or Twitter page.

“Zack from All Time Low [a pop punk band from 2003] trended on Twitter for 9 hours, because they were on my site” Moore said during a Skype interview with the Daily Dot. “What better press when you’re not doing shit?”

Being threatened with lawsuits over photos submitted by unwilling participants, Moore said, “is a daily thing.” In fact, during the interview Moore was busy emailing an attorney who was threatening to “sue me for all my gross profits.” He’s hardly sympathetic.

“I feel bad for all these people getting ripped off by all these attorneys” Moore said. “They probably charge $500 to send me a cease and desist letter. I know they’re not doing that shit for free.”

In the early days of his controversial site, one woman who was featured on the site stabbed him with a ballpoint pen when he refused to remove her photos. She apparently couldn’t afford a lawyer and chose to resolve matters in her own way.

“I was hung over; it was my fault,” said Moore. He was leaving his San Francisco apartment when it happened. “She came with her whole [male] family, and they all just jumped out of the van—at least six of them. They were screaming – it’s a Mexican neighborhood and they do that all the time, so I wasn’t paying attention.” Before he was fully aware, the pen was embedded in his shoulder.

Moore quickly insisted that he’s not racist, and politically incorrect statements are on par for the course. Moore said he didn’t want to talk about the stabbing, saying his memory was a bit of a blur, but did add he was saved by his friends exiting his apartment.

Since then, Moore has been careful about posting nudes from the city where he lives.

And as evident by the continued growth of his site, the incident hasn’t really slowed him down.

Since people submit photos anonymously, Moore is technically protected against lawsuits under the Communications Decency Act, which protects site owners from legal action based on what their users submit. As Forbes law blogger Kashmir Hill explained, this same law protects Forbes, and Facebook, against potential legal action based on users’ posts.

But that hasn’t stopped people from trying, including Facebook. Moore is unfazed by legal threats, even from social networking giant Facebook, which sent him a cease and desist order.

“Whatever,” he said. “They’re just falling into my little trap, and then I get on the front page of Gawker. I’ve already won that whole battle, by them sending me that thing.”

Even the public shaming Anderson Cooper attempted in November, by having women who had been featured on the site confront Moore on national television, did not faze—or apparently hurt—Moore.

Moore mocked Cooper for editing out his good points, as well as the scowling audience members. They “looked like they just got done baking with Martha Stewart,” he said. Moore even claims he slept with one of the women right  after the show.

In fact, the site got a traffic boost. For an entire week after his TV appearance, his site kept going down. “I couldn’t handle the traffic” Moore laughed.

And Moore has tens of thousands of fans who apparently agree.

One young woman even said she’s going to tattoo Moore’s face on her body. She isn’t the first to promise such ambitious tributes to Moore and his site. The German metalcore band Eskimo Callboy wrote an official theme song for the site, complete with auto-tuned lyrics intertwined with Screamo.

The lyrics to the chorus, a bit unintelligible, are, “And I tell you I’m sorry girl, it was nothing personal/ is anyone up? is anyone up? /your pussy, your boobies, on the World Wide Web.”

“Yeah, I have groupies. Yeah, it’s kind of disgusting, and sad,” he said reflectively. “They want to be a part of something.”

Moore was almost boastful when he mentioned the IsAnyOneUp religion page on Facebook. “All these 18, 19 year old kids, they would kill for the site,” Moore said. “It’s really weird.”

Moore, who coined the phrase NBHNC (no butthole, no care) is constantly telling media outlets “I don’t give a fuck.”

He does say he cares about one thing though.

“I can’t fucking stand it,” said Moore, who added he spends on average about three hours a day reporting it when it gets submitted to his site. “Every-12-year old in Denmark has sent me pictures of themselves naked,” said Moore, before shivering.

In fact, Moore hates it so much, he is currently in the works to start a non-profit educating minors, and parents, on the dangers of underage sexting.

“Your high school career will be over, because it’s such a small community. Not only that, they’ll make those kids sex offenders for life,” said Moore, who then elaborated on the emotional damage that befalls kids who have sexted.

It’s a noble idea, coming from a man who has ruined many lives based off their now public nude photos.

Will any parent listen, given Moore’s reputation? It remains to be seen.

One could argue, actually, that Moore is exactly the person to dispense this advice. Perhaps, in fact, he’s the perfect person.