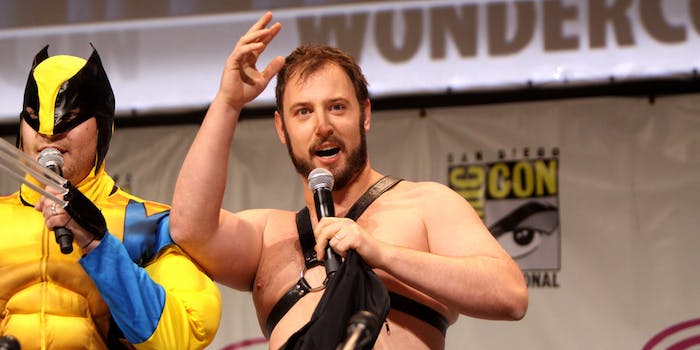 From the guys who brought you 'Sausage Party'...

The next series to get a green light at Hulu? Seth Rogen and Evan Goldberg’s Future Man.

Deadline reports that several outlets were vying to grab the half-hour comedy series. The script, written by frequent collaborators Ariel Shaffir and Kyle Hunter (they co-wrote the upcoming animated film Sausage Party with Goldberg and Rogen), was originally set to be a movie, after executive producer Matt Tolmach purchased it four years ago as part of a Sony movie deal. The script is now going to be shaped into a pilot, and focuses on a janitor/renowned gamer who must save the world from extinction. We’re guessing weed and dick jokes will also be involved.

A Hulu representative confirmed that the deal is happening. Future Man is the latest is a string of impressive titles for Hulu, from new comedy Difficult People and Jason Reitman’s upcoming Casual to the return of The Mindy Project.

A premiere date has not been set for the pilot yet.